'Bahrain government will not cut incentives, promotions' | THE DAILY TRIBUNE | KINGDOM OF BAHRAIN 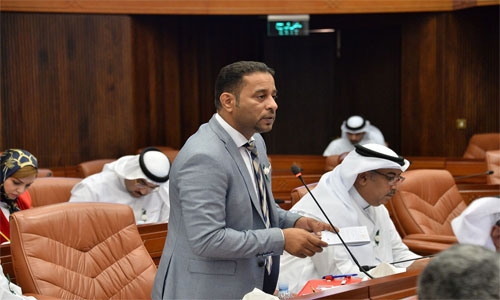 Bahrain will continue with its employee promotions and incentives programmes, given that it does not exceed the budgetary allocations, said parliamentarian Mahmood Al Bahraini.

MP Al Bahraini, also the head of the Parliamentary Financial and Economic Committee, revealed that the government would continue to provide annual increments for employees and allowances for workers in the public sector.

“This accounts for 16 per cent of manpower related expenditures in the Kingdom,” he pointed out.

He also said the Civil Service Bureau has opened doors for interdepartmental transfers to fill vacancies and restructured 52 government agencies to cut costs.

In a statement to AlAyam, Al-Bahrani said that during the discussion of the upcoming general budget with the Civil Service Bureau, they emphasised the need to train Bahraini employee in the jobs currently occupied by expatriates.

“This is to be done by increasing the budget for on-the-job training and increasing programmes to empower Bahraini job seekers.

” “A programme is in place to accommodate temporary employees in the ministries of labour and justice,” he added.

He further stressed that the government will not hire foreigners, except for in unique circumstances, and will not renew their contracts, expects in times of absolute necessity.

More than 7,000 foreign employees are there in the public sector, of which 83% or 6,000 are working in the educational and health sectors.

A thousand others are working in the rest of the government sectors.

The Civil Service Bureau, he said, will coordinate with the Ministry of Finance to increase the training budget to raise the employment of Bahrainis in government sectors.

Al-Bahrani also said that the next budget would witness a 20% increase in housing projects. The budget for 2021 is estimated at 95 million. For 2022, that would reach 100 million dinars.

He further said that the Ministry of Housing, represented by Minister Bassim Al-Hamar, revealed a plan “to reduce expenses by employing new construction technologies in cooperation with the private sector.” The Ministry of Housing, he said, had drawn up plans for building apartments and housing units, expanding the “Mazaya” programme and financing schemes and new projects for land development.