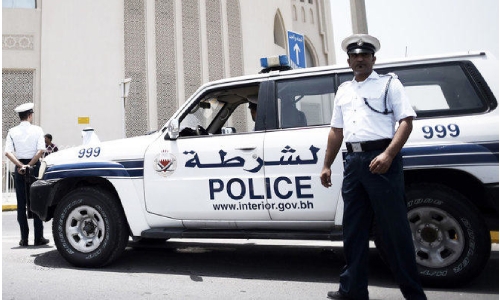 A drug peddler has received a five-year jail term and a hefty BD3,000 fine for selling narcotics in Bahrain.

The Criminal Court tried the accused, an Asian national, two others, who were also Asians by nationality.

They received six months in prison and a BD100 fine each.

The court also ordered the deportation of all of them after serving their prison terms.

The arrests followed a tip-off the Ministry of Interior received informing that a person has kept unspecified amounts of narcotic substances for sale in the Kingdom.

To bring the suspect to justice, police officers then planned an undercover operation.

One of the undercover agents was assigned to buy some narcotic pills called ‘Yaba’ worth BD 180 from the suspect.

The agent managed to arrange a meeting with the suspect over the phone and recorded the conversation.

Subsequently, officers in plain clothes accompanied the undercover agent to the agreed place.

The accused came to the spot and handed over the agreed substances to the undercover officer, unsuspecting of the trap set.

The suspect also photographed the money collected for his contacts.

Police then tracked the accused with another person who was waiting for him.

Meanwhile, Police confirmed the substance as ‘Yaba’ through laboratory analysis and obtained an arrest warrant.

Officer took the first and second accused in a raid. However, police officers retrieved nothing, except for the photograph of the money he clicked.

The second suspect, during interrogation, admitted to receiving the narcotics from a third person.

Just then, while the interrogation was ongoing, the third suspect called the second suspect on his phone without knowing about his arrest.

Unaware of the turn of incidents, he asked the second suspect to meet and hand over the money.

Police then decided to free the second suspect to trap the third.