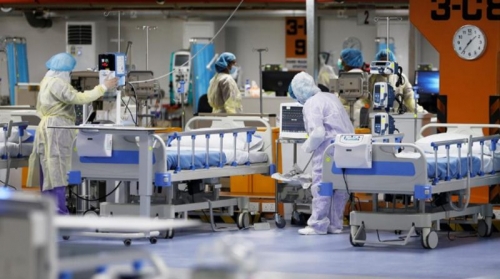 Bahrain’s Health Ministry yesterday announced three more deaths from Coronvirus (COVID-19) outbreak raising the virus death toll in the Kingdom to 159. An 84-year-old Bahraini woman, a 53-year-old expatriate man, and an 82-year-old Bahraini man are the latest casualties. The ministry announced the deaths on its official twitter handle, separately.

Officials tweeted condolences to the family members of the deceased. There are currently 79 coronavirus patients in the Kingdom, who are receiving treatment, of which 40 patients are admitted to critical care. The number of active cases in the Kingdom now stands at 2,872, out of which 2,832 cases are health-wise stable.

The minister further said it conducted 9,395 COVID-19 tests yesterday, increasing the number of people tested in the Kingdom to 886,095. Some 418 new cases were detected yesterday, which includes 190 expatriate workers, 225 contacts of active cases, and three travel-related cases. The minister also announced 331 new recoveries yesterday, raising the total number of people cured of their infection in the Kingdom to 40,276.