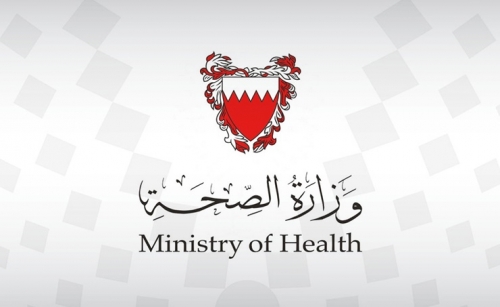 Bahrain yesterday reported zero coronavirus (COVID-19) deaths, the third such instance in four months without a fatality, with the number of deaths remaining at 104. There are currently 53 COVID19 patients in the Kingdom, who are in a critical condition, the ministry tweeted late night yesterday. The number of patients currently receiving treatment at various facilities in the Kingdom is 83.

The ministry also said it conducted 7,639 COVID-19 tests yesterday, raising the total number of tests conducted to 656,659 since the Kingdom detected its first case in February.  Health authorities also detected 431 new cases yesterday, of which 228 are expatriate workers, 201 are contacts of active cases, and two others are travel related.

Besides, the ministry recorded 615 recoveries from COVID19 yesterday, bringing the total recoveries to date to 27,828.  The total number of coronavirus cases in the Kingdom is 32,470, as of yesterday.  All over the globe, the number of virus cases has touched 12,807,189 at the time of writing this story. The number of deaths has reached over 566,457. There are also 7,461, 093 recoveries.

Globally new cases recorded almost touched 200,000 yesterday as new deaths also rose to more than 4,500. GCC roundup In Saudi Arabia, the health ministry there reported 30 deaths from COVID-19 yesterday, which is also the lowest daily rate in the Kingdom for a week. The ministry also confirmed 2,994 new confirmed cases, with 10pc of all new cases recorded in Riyadh.

Recoveries increased to 165,396 after 2,370 more patients were cured of the infection. A total of 2,181 people have succumbed to the virus in the Kingdom so far. Two deaths in UAE The UAE reported 473 new coronavirus cases yesterday after carrying out 47,000 additional tests. The country now has 54,050 infections to date, state news agency WAM reported.

Health minister there announced two death taking the total death toll to 330. The number of recoveries has risen to 43,969 after 399 patients were declared free of the virus. 1,083 new cases in Oman The Oman health ministry yesterday reported 1,083 new cases of coronavirus, 1,030 recoveries and four new deaths. Out of the new cases, 784 were nationals while 297 were expatriates.

With this, the total number of cases in the sultanate has touched 54,697, while total recoveries now stand at 35,225. Total deaths increased to 248. Three deaths in Kuwait Kuwait yesterday reported 478 new COVID-19 cases and three more deaths, raising the tally of infections to 54,058 and the death toll to 386, the health ministry said in a statement.

Currently, 9,711 patients are receiving treatment, including 150 in ICU, the statement added. The ministry also announced the recovery of 747 more patients, raising the total recoveries in the country to 43,961. Kuwait started on June 30 the second phase of restoring normal life, which will last three weeks.