Sacrifices of fallen servicemen will never be forgotten: HRH CP | THE DAILY TRIBUNE | KINGDOM OF BAHRAIN 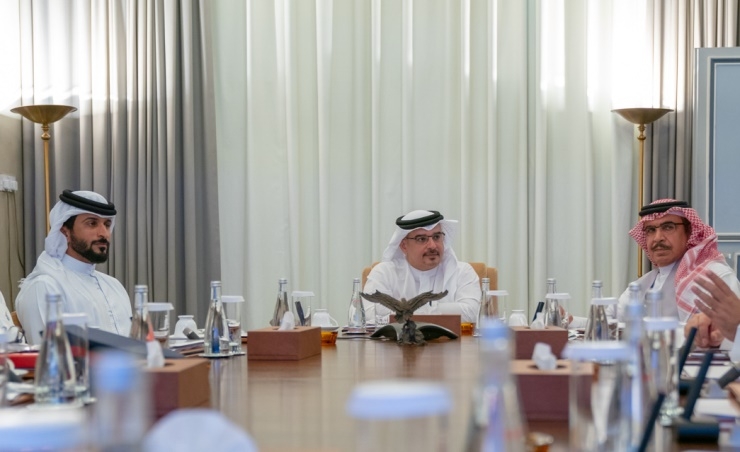 Sacrifices of fallen servicemen will never be forgotten: HRH CP

HRH the Crown Prince yesterday hailed the significant role of Bahrain’s Defence forces in safeguarding the nation saying, “the sacrifices made by fallen servicemen represent the highest expression of loyalty and devotion, and as such will never be forgotten”. Bahrain Defence Force, Ministry of Interior, National Guard and National Security Agency, His Royal Highness Prince Salman bin Hamad Al Khalifa said, “contributes significantly to the Kingdom’s development in line with the aspirations of HM King Hamad bin Isa Al Khalifa.

HRH the Crown Prince went on to note the efforts of the Royal Fund for Fallen Servicemen in keeping close communication with the families of fallen servicemen to provide the necessary assistance and care they require. During the meeting, the Supreme Commission for the Royal Fund for Fallen Servicemen reviewed the latest developments on the services and initiatives provided to the families of the fallen servicemen. Based on the principle of social solidarity, it has been decided to open the way for private companies and citizens to contribute to the Fund’s support. For this, Al-Razijiya flower batches will be sold in several locations across the Kingdom.

Bahrain gears up for National Day