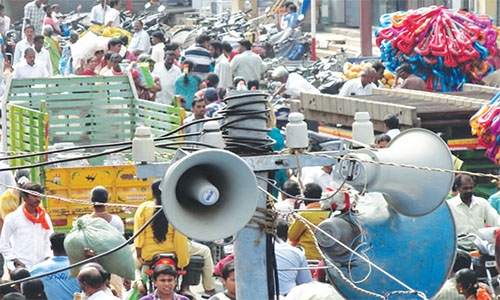 The presence of sound is an integral part of our daily lives. From the time we wake up to the time we call it a day, we are continuously surrounded by noise be it from traffic, construction site sounds or even the spiking levels of noise in our immediate vicinity in our homes and offices. World Health Organization (WHO) estimates indicate that one in five people in the world is exposed to excessive levels of noise which is significantly detrimental to their health. Health implications due to exposure to high sound decibel levels include hypertension, high blood pressure in adults paving the way for cardiovascular diseases and cognitive disabilities in children.

Scientific researchers estimate that daytime road traffic noise must be limited to below 53 decibels and 45 decibels at night. The desirable decibel levels for railways are marked at 44 decibels whereas for air traffic the sound levels are prescribed at 40 decibels. Of all the transport-related sounds, night-time road and air traffic noises are deemed as the worst sources of sound pollution as they not only destroy the local animal habitat’s but also deter the sleep patterns of the humans who are closest to the source of the pollution. Bahrain too is not new to sound pollution and the damage being imposed by this form of pollution is extracting a silent toll on human health and environment alike.

Bahrain has been at the receiving end of many sources of sound pollution and road traffic is one of them. Recently the General Directorate of Traffic conducted a law enforcement campaign under which many motorists were directed, and their vehicles seized for violating traffic norms and creating sound pollution in residential neighbourhoods. Two wheelers were the most offending as nearly 3,885 violations were registered against erring motorcycle riders in a traffic driver. But the problem is far from being solved as the residential areas in Bahrain continue to labour under sound pollution from multiple sources, including construction activities.

As per the regulations, the construction activity is allowed to begin early in the day during the summer season so that the site workers are spared from working in the searing heat of the midday sun. This sometimes leads to heightened construction activity during the early hours of the morning which in turn causes disturbance to other residents in the locality and leads to distressed sleep. Perpetual construction activity is the hall mark of a progressive economy but there is also an express need to ensure that the sound levels do not cross certain barriers and that the comfort and convenience of the citizens is put on a priority. The Ministry of Municipalities Affairs can probably evolve an innovative initiative to not only ensure the health of the construction workers but also make sure that the citizens are spared the sound pollution. The human population, flora and fauna of urban Bahrain can benefit very much if the sound decibel levels are kept in permissible limits. To ensure this the authorities can start by making it mandatory to install soundproofing barriers at construction sites and set up live and real-time decibel output display screens at these sites so that accountability is ensured to keep the sound levels under control. Similarly, strict traffic law enforcement drives must be conducted in order to ensure that vehicle engine sounds and horn sound levels are within permissible limits. Sensitive zones such as hospitals, schools and residential areas must be equipped with cutting edge technology-based camera’s that not only capture over-speeding vehicles but also those that emanate excess noise. For those vehicles violating the permitted sound decibel limit, the fines must be made exemplary.

It must also be realised that trees and heavy greenery in general is the best natural sound barrier which has a multitude of other benefits apart from screening sound pollution. The authorities can make it mandatory to plant trees and evergreen bushes in the empty spaces in urban areas. This will provide shade, reduce urban heat island effect, counter greenhouse gas emissions, conserve topsoil and prevent dust storms and most importantly provide a natural sound absorption option for urban Bahrain. These measures carried out simultaneously will ensure that the problem of sound pollution becomes a thing of the past. Sound pollution is man-made and unlike other forms of pollution is reversible provided sustainable and precise measures are applied. Bahrain can return to a calm and serene environment provided the sources of sound pollution are effectively reined in.

The wait will soon be over for Bahraini blacksmiths