Biodiversity is Backbone of Ecology | THE DAILY TRIBUNE | KINGDOM OF BAHRAIN 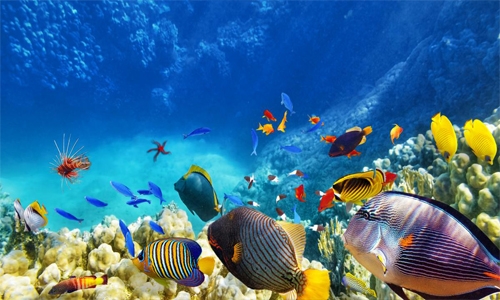 The writer Sriraj Kota is an entrepreneur and environmental journalist
views November 17, 2020

The sustained existence of a healthy, resilient and robust environment depends on how varied the biodiversity of a country is. The intricate interdependence of a variety of plants and animals ensure the richness of biodiversity, which in turn forms the backbone of the ecology. Various factors influence biodiversity of a country such as temperature, altitude, precipitation, soils and their relationship with other species. As these factors are unique to every geographical location, the biodiversity of a nation too is unique in nature. Bahrain too has a distinctive biodiversity that has witnessed remarkable evolution over the decades and has become coveted national asset. But this biodiversity needs protection from erosion.

At least 1301 species belonging to major taxonomic ranks have been identified in Bah- rain. However ever-increasing anthropogenic influence is exerting a negative impact on the environment resulting in the contraction of specie variety, spread, health and range. Blue and green algae for instance usually found in inland water bodies as well as marine environment are witnessing a steady fall due to deteriorating environmental conditions. Blue and green algae or cyanobacteria play a vital role in the natural cy- cling of the nutrients in the environment and food chain. But the moment pollution levels hit this critical component of the biodiversity; a very essential and irreplaceable function in the ecology is compromised.

Similarly, plants play a sterling role in any biodiversity setting and Bahrain is no different. Vascular plants grow in abundance in the arid and desert terrain in Bahrain whereas nearly 81 species of medicinal plants can be found to be growing in different parts of Bahrain. However, this repository of plant wealth is also experiencing the ad- verse impacts of polluted ground water due to refinery operations and chemical waste generation. Besides this, another blow to the plant kingdom is the salinization of the soil.

As the freshwater aquifers and groundwater supplies dwindle, the total dissolved salt in the water supply register a sharp increase as the water table gets leached with sea water or in some unfortunate circumstances sea water flooding robs the soil of valuable essential nutrients. These developments wreak havoc on the gentle plant portfolio of the nation and needs to be guarded against by undertaking swift countermeasures to protect the same.

The Invertebrates consist of a very crucial part of biodiversity, as they are directly responsible for quality of soil and better agricultural productivity. Given this fact, they not only play a vital role in ensuring the health of Bahrain’s agricultural sector but also its food security status. Invertebrates are exoskeleton-based species that are excellent aerators of soil thereby enhancing soil quality and productivity. They are also instrumental in helping to grow food crops through pollination. Bahrain has a rich specie population of invertebrates such as crustaceans and echinoderms; however, thanks to reclamation and dredging activities in addition to climate change has forever changed the environment for the invertebrates for the worse. The more these species disappear, the more the impact will be seen on the quality of food produced and production yield.

Perhaps the most delightful aspect of  Bahrain’s biodiversity that is unfortunate ly falling prey to environmental degradation is the bird population. Despite the modest geographical area of Bahrain, the  nation holds a remarkable diversity of bird species. Nearly 323 species of birds have  made the kingdom their home and have so far received exceptional protection  measures from the authorities. However, the threats to these species from multiple sources keep rising. Continuous urban expansion has caused the shrinkage of their natural habitats, and furthermore rising temperatures due to a spike in green-house gas emissions has meant that the ambient environment is too hot for the species to survive anymore. As these remarkable birds get into the list of threatened species, the cascading impact can be felt reverberating through out the biodiversity system. These conditions need to be curtailed before it gets worse.

It is critical for the biodiversity components to be safeguarded through a series of measures that aim to engage the common man and spread awareness so that the reformative activities for the sake of the ecology begin at grassroots of the population. Rampant ground water extraction, pollution of underground water table and issues related to rapid urbanization need to be controlled with effective steps by involving the support of the general population. Bahrain’s population is the upholder of its biodiversity and effective measures coupled with sufficient awareness generation can ensure that the richness of the biodiversity is maintained and the backbone to the ecology is safeguarded for future generations. 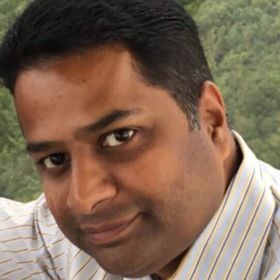