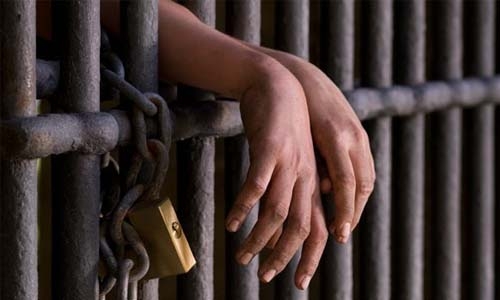 African woman jailed in Bahrain for biting off roommate's finger

The High Criminal Court sentenced an African woman to one year behind bars for biting off her roommate’s finger following a quarrel.

The defendant justified the crime by stating that the victim failed to clean their place before leaving. According to court files, the woman attacked the victim, also African, after returning from a night out, chopping her finger by her teeth.

The incident resulted in the victim’s making a loud cry for help, and a Bahraini man went for her rescue. “I saw two African women fighting and one of them profusely bleeding. Her finger was cut off,” the Bahraini man told prosecutors.

The victim said that she went out to celebrate one of her friends’ birthdays and when she returned she found the door was locked.

“She refused to open the door for me when I returned home.

My friends were with me and they pled for her to open the door. She accepted. However, when I entered the room she directly attacked me and bit off my finger,” she said.

The suspect stated that the woman would always leave the room without cleaning it, so she assaulted her.