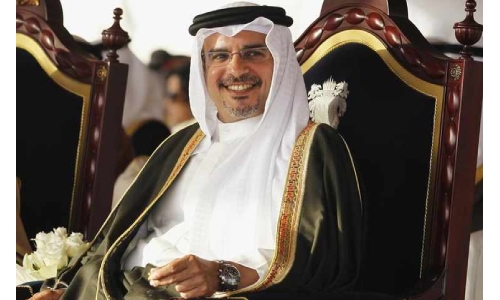 The challenges created by the novel Coronavirus pandemic turned out as a catalyst for Bahrain to unleash its national energies and enhance its capabilities for achievement, said HRH Prince Salman bin Hamad Al Khalifa in a report filed yesterday to United Nations Human Settlements Programme (UN-Habitat).

In the report, themed “Progress Made in Implementing the New Urban Agenda”, HRH Crown Prince and Prime Minister said that Bahrain had strengthened its development policies by implementing the urban plans with the UN-Habitat.

Bahrain, HRH Prince Salman said, carries an authentic legacy that we proudly inherited, and we continue to consolidate it to create the best.”

The urban agenda, HRH said, is one of the pillars of the government action plan to achieve economic growth and keep pace with Bahrain Economic Vision 2030.

HRH Crown Prince and Prime Minister pointed out that Bahrain is one of the leading countries in achieving the UN Sustainable Development Goals.

The priorities of government work focus on investment in education, health and housing services, among others. The Executive Board of UN-Habitat reviewed the second voluntary report of Bahrain, submitted to it by Housing Minister, Bassim bin Yacub AlHamar.

During its meeting in Nairobi, the Executive Board pledged to provide all support to countries that have submitted their reports. The General Assembly President also invited the Member States, including Bahrain, to attend a high-level meeting on the New Urban Agenda on the 28th of April 2022 in New York. 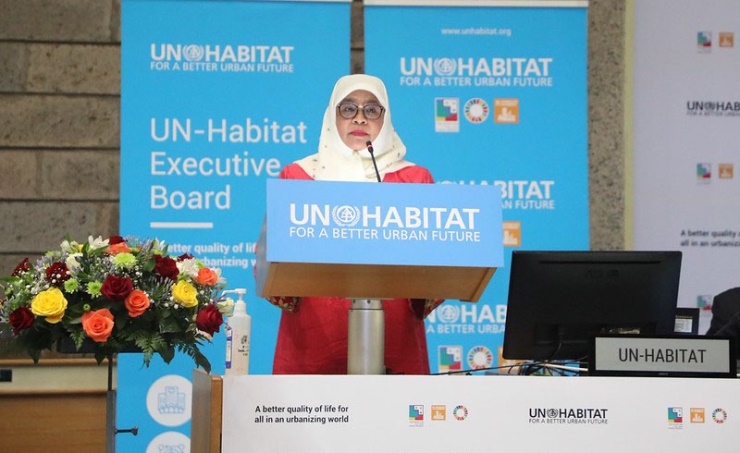 The report highlights the efforts to achieve NUA goals, including:

Launching financial packages exceeding BD 4.5 billion (11.9 billion US dollars) to support the local economy to battle the repercussions of the pandemic.

The percentage of the population living below the international poverty line at the national urban level is zero.

Bahrain was ranked 42nd among 189 countries in the year 2020, in the Human Development Index, and its classification was among the countries with very high human development.

100% coverage of water and sewage networks.

The volume of government programmes, initiatives and investments has reached more than BD 3.3 billion (more than 8.7 billion US dollars) in the housing sector since the establishment of the Housing Ministry.