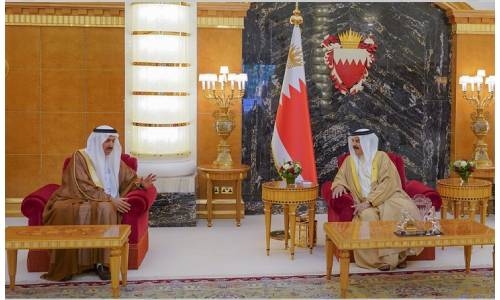 His Majesty commended the role of the councils in both countries and their contributions to strengthening Bahrain-UAE relations on official and unofficial levels and supporting development efforts.

The FNC Speaker expressed deepest thanks and gratitude to HM the King, hailing his keenness on further strengthening fraternal and historical relations across all fields and bolstering parliamentary cooperation.