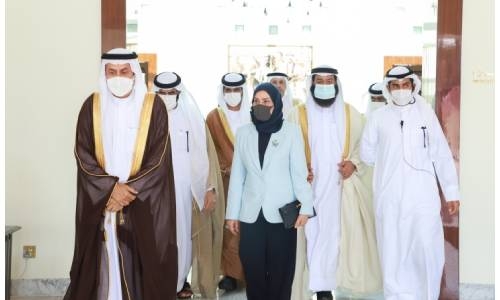 Upon arrival at the Bahrain International Airport, they were welcomed by Speaker Zainal, and Second Deputy Speaker and Head of the Convoy of Honour, MP Ali Ahmed Zayed.

The visit reflects the keenness of the legislative branch, particularly the Representatives Council, to boost parliamentary diplomacy in order to discuss ways to enhance joint cooperation between the two brotherly countries, in light of their solid deep-rooted ties, strengthened thanks to the distinguished relations between His Majesty King Hamad bin Isa Al Khalifa, and His Highness President Shaikh Khalifa bin Zayed Al Nahyan of the UAE.