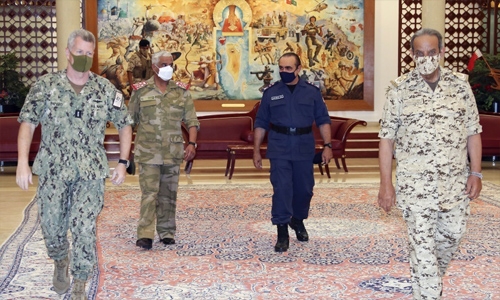 The meeting discussed means to develop coordination and cooperation to strengthen relations between the two countries in various areas.

The Commander-in-Chief praised the distinguished, deep-rooted, and strategic relations between Bahrain and the US, especially in the military and defence fields.

He stressed that Bahraini-American relations have been based on long decades of robust cooperation and shared keenness to achieve all common goals and interests.