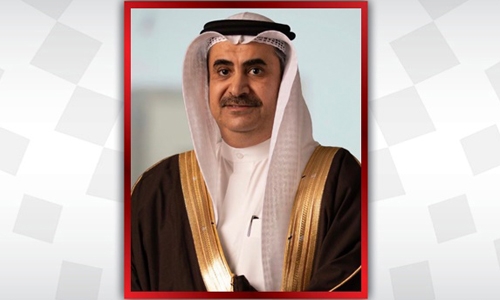 Referring to the meeting of HRH the Crown Prince and Prime Minister with the Editors-in-Chief of local newspapers, Dr Al Buainin praised the directives to promote reliance on conclusive material evidence to boost justice and safeguard rights and freedom. He stressed Bahrain’s steadfast approach of guaranteeing a fair trial and procedural legitimacy in obtaining evidence.

Dr Al Buainin described the issuance of the Alternative Penalties and Procedures Law and expansion in enforcing it, in line with the royal directives, as a milestone in criminal legislation in the Kingdom of Bahrain. He stressed that the new law has brought about a qualitative change in the criminal justice system which is based on the suitability of the penalty to rehabilitate the convicts and reintegrate them into the community. He also pointed out other measures taken by Bahrain like the amendments to the Criminal Procedure Law, the Corrective Justice Law for Children and their protection from maltreatment and the “open prison” system.

Dr Al Buainin praised the efforts of the Interior Ministry in gathering information and investigation, pointing out that the development undergone by the ministry in the investigative methods and inference procedures will enhance reliance on physical evidence, which is one of the primary methods of criminal evidence. He pointed that out of keenness to improve the judicial and administrative performance and promote search into material evidence, the Material Evidence Directorate has been established at the Public Prosecution. He added the directorate has been developed over the past years and equipped with the latest devices in precise areas like DNA.

The Attorney General affirmed the Public Prosecution’s continuous work on protecting rights and freedom and preserving the kingdom’s fundamentals in line with the goals of the Economic Vision 2030.