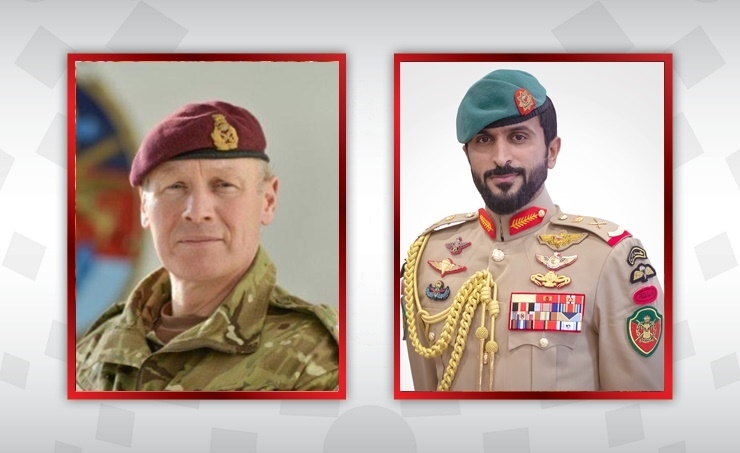 HH Shaikh Nasser reviewed with Sir Lorimer the historical bilateral relations of friendship and cooperation tying Bahrain and the UK and ways of bolstering them. They also stressed the importance of maintaining international efforts in combatting the coronavirus.

From his side, Sir Lorimer lauded Bahrain’s efforts in battling the virus and the country’s contributions towards the combined international efforts against the pandemic. Meanwhile, HH Shaikh Nasser praised the deep-rooted distinguished ties binding both countries, wishing the UK and its people more successes and further prosperity