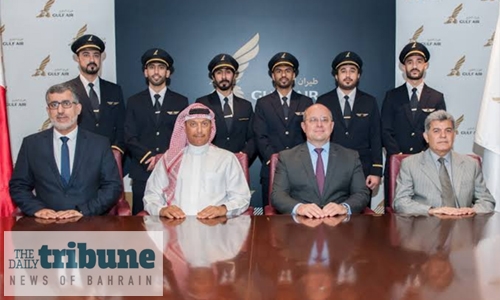 Gulf Air, yesterday announced it has achieved 100 per cent Bahrainisation for its second officer pilots as it continues to employ Bahrainis as cadet pilots to gradually grow in their career development.