Building an Atmanirbhar Bharat | THE DAILY TRIBUNE | KINGDOM OF BAHRAIN 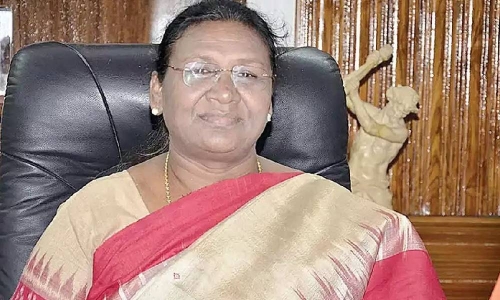 By Droupadi Murmu, President of India

My heartiest greetings in advance to all Indians living in the country and abroad on the eve of the 76th Independence Day.

For a nation, particularly an ancient one such as India, the passage of 75 years is merely a blink of an eye. But for us as individuals, it is a lifetime. Senior citizens among us have witnessed a dramatic change in their lifetime.

They have seen how, after Independence, all the generations have toiled hard; how we met great challenges and how we have taken charge of our destiny. The lessons learnt in the process will prove useful as we move towards the next milestone in the journey of the nation – the Amrit Kaal, the 25 years to the celebration of the centenary of our Independence.

By the year 2047, we will have fully realised the dreams of our freedom fighters. We will have given a concrete shape to the vision of those who, led by Babasaheb Bhimrao Ambedkar, drafted the Constitution.

We are already on course to build an Atmanirbhar Bharat, an India that would have realised its true potential. The world has seen a new India rising in recent years, more so after the outbreak of COVID-19.

Our response to the pandemic has been appreciated everywhere. We launched the biggest vaccination drive in human history with vaccines manufactured in the country itself. Last month we crossed the 200-crore mark in cumulative vaccine coverage.

In combating the pandemic, our achievements have been better than those of many developed countries. For this feat, we are grateful to our scientists, doctors, nurses, paramedics and the staff associated with vaccination.

The pandemic has uprooted lives and also economies in the entire world. When the world has been battling the economic consequences of the great crisis, India got its act together and is now moving forward.

India is among the fastest growing major economies in the world. India’s start-up eco-system ranks high in the world. The success of start-ups in our country, especially the growing number of unicorns is a shining example of our industrial progress.

The government and policy-makers deserve credit for beating the global trend and helping the economy flourish. During the last few years, unprecedented progress has been made in the development of physical and digital infrastructure.

Through the Pradhan Mantri Gati-Shakti Yojana, all the modes of connectivity based on water, land, air etc. are being integrated in the whole country to enable seamless transportation across the country.

For the vibrancy of growth visible in our country, credit must also be given to workers and farmers whose hard work has made it possible and entrepreneurs whose business acumen has created wealth.

What is all the more heartening is that the growth is becoming more inclusive and regional disparities too are reducing. But this is only the beginning. A series of economic reforms and policy initiatives have been preparing the ground for a long term.

Digital India, for example, is creating the bedrock of a knowledge economy. The ‘National Education Policy’ is aimed at preparing the future generation for the next stage of industrial revolution while also reconnecting it with our heritage.

Economic success is leading to an ease in living too. Economic reforms are rightly accompanied by innovative welfare initiatives. A home of one’s own is no longer a dream for the poor, but a reality for more and more people, thanks to the ‘Pradhan Mantri Awas Yojana’. Similarly, under the ‘Jal Jeevan Mission’, tap water connection is being provided to every household since the launch of the ‘Har Ghar Jal’ scheme.

The aim of these and many other similar efforts is to provide basic amenities to all, particularly the poor. The keyword for India today is compassion; for the downtrodden, for the needy and for those on the margins.

Some of our national values have been incorporated in our Constitution as theFundamentalDuties of the citizens. I appeal to every citizen to know about their Fundamental Duties and follow them in letter and spirit so that our nation reaches new heights.