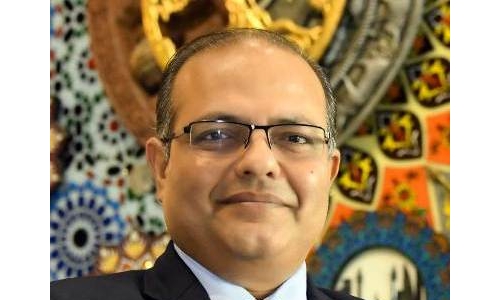 I convey warm greetings and felicitations to all members of the Indian community and friends of India in Bahrain on the occasion of the 73rd Republic Day of India.

We are at a historic juncture with two landmark events taking place - Azadi Ka Amrit Mahotsav, commemorating the 75th anniversary of India’s Independence; and the Golden Jubilee of the establishment of Diplomatic Relations between India and Bahrain.

We, last year, witnessed the historic moment of Bab Al Bahrain being illuminated in Indian tricolour and Qutub Minar in India in Bahraini national colours.

In a heartwarming gesture, HE Dr Abdullatif bin Rashid Al Zayani, Foreign Minister of Bahrain and HE Dr S Jaishankar, External Affairs Minister of India met each other on 12 October 2021 and exchanged greetings on this historic occasion.

Despite the restrictions posed by the pandemic, our deep-rooted multifaceted bilateral cooperation continued to grow.

The visit of HE Dr Abdullatif bin Rashid Al Zayani to India in April 2021; the visit of Mr V Muraleedharan, Hon’ble Minister of State for External Affairs to Bahrain in August 2021; three virtual Ministerial meetings and several official level engagements not only continued the tradition of regular high-level bilateral exchanges and interactions but also led to deepening bilateral cooperation in the key areas of youth, skilling and capacity development, hydrocarbon, renewable energy, IT, health and pharmaceuticals and sports.

The relationship between India and Bahrain at all levels have remained stable and strong, including in trade and investment.

The bilateral trade figures have crossed USD 1.1 billion for the calendar year 2021.

Total investments from India to Bahrain are approx.

USD1.30 billion and those from Bahrain to India have risen above USD 180 million.

India today is one of the fastest-growing economies in the world.

The policies, reforms and initiatives undertaken by the Government of India including start-up India and Atma Nirbhar Bharat have contributed to the economic growth and development.

India’s start-up ecosystem is creating waves in the world.

The number of start-ups in the country has shot up from 500 to 60,000 in the last five years with a total of 82 unicorns, half of which have emerged in the last year alone.

The Government of Bahrain has also come out with a comprehensive Economic Recovery Plan based on “Five Key Pillars”.

This has been reflected in the phenomenal growth of bilateral trade between our two countries this year.

The close collaboration between India and Bahrain continued in dealing with the Covid-19 pandemic.

India recently crossed the landmark of one year of vaccination with more than 1.6 billion doses provided to its citizens.

Our 94 per cent of the eligible population have received the first dose and 72pc are fully vaccinated.

Since the dawn of the pandemic, India has shown its commitment to protecting its citizens and contributed to the global community’s efforts in fighting the pandemic.

The WHO approval and approval by the Bahraini authorities for Made in-India and developed-in-India vaccine, COVAXIN (in addition to Made-in-India COVISHIELD vaccine), shows the prowess of the indigenous Pharma Industry of India, which lived up to its name as the Pharmacy of the World. 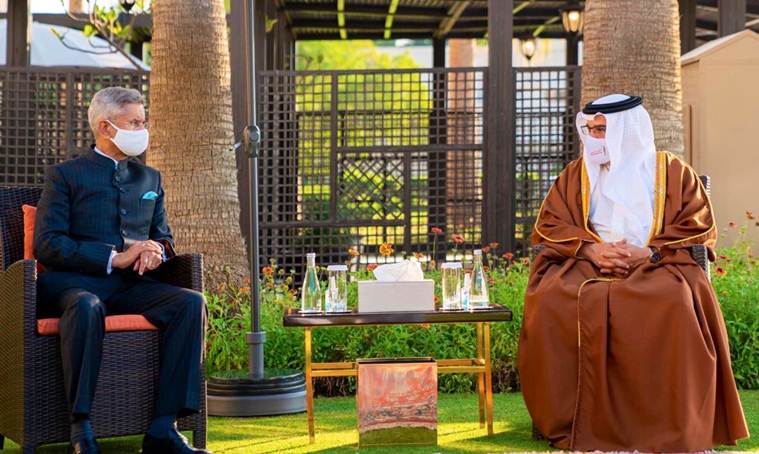 The way Bahrain dealt with the COVID-19 pandemic has set an example for the world.

Its care of its citizens, as well as the ex-pat community, has been exemplary.

Bahrain provided medical and other necessary support to the Indian community in Bahrain including providing free vaccination for all the residents.

An important component of our warm relations with Bahrain is the presence of a large Indian community that continues to remain an important anchor in strengthening our bilateral ties.

I take this opportunity to convey our gratitude to His Majesty King Hamad bin Isa Al Khalifa, HRH Prince Salman bin Hamad Al Khalifa, Crown Prince and Prime Minister, the Government and people of Bahrain for ensuring the well-being, safety and security of the Indian community in Bahrain, and their exceptional care and support to the community during the difficult times of Covid-19 pandemic.

On this important milestone in the history of India, I once again extend my warm greetings to all Indian nationals in Bahrain and thank them for their consistent contribution to the growth and development of both our countries as well as to the expansion of our bilateral relationship.

I am confident that the long-standing dynamic partnership between India and  Bahrain will reach even greater heights in the times to come.