A ‘fruitful lunch’ under an ancient tree! | THE DAILY TRIBUNE | KINGDOM OF BAHRAIN 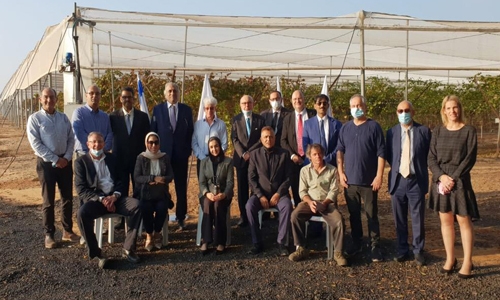 We sat at a long table placed under a very old tree. The weather was pleasant, and the shade of the tree was quite pleasing. I craned my head upward and surveyed the ancient tree. A soft breeze rustled through its leaves. Sipping the welcome drink, Anwar declared, “Wow, it’s really good.” Most of us had tasted the drink before Anwar. So, we were not surprised. The satisfaction was mutual. I couldn’t see any bird coming from the branches of the tree. But, the breeze that carried the smell of fertile soil couldn’t be missed as it danced around tousling my long, thin hair.

The thick bushy white-haired man in front of me offered me a seedless lemon. He introduced himself as Professor Eli Feinerman, head of Volcani Centre, a research branch of the Ministry of Agriculture and Rural Development. I need to tell you that I was part of the Bahrain delegation headed by Industry, Commerce and Tourism Minister HE Zayed bin Rashid Alzayani to Israel, and presently I was sitting in the company of some of the world’s brilliant minds in the field of agriculture. I rolled the lemon in my hands, thoughtfully. Maybe I was feeling hungry. I started thinking about food, ignoring the real purpose of my visit. “You may gift it to your wife,” Prof Feinerman’s voice boomed. He was grinning, pointing at the lemon in my hand.

The long table was filled with an array of fresh fruits and vegetables. Olives, figs, dates, pomegranates, grapes, the table had everything. A smiling chef served long, white saffron rice with hot smoked beef curry. All of us stopped talking for a while when the smell of hot chicken puttanesca wafted in the open air, teasing our appetite. A gust of wind whooshed across the terrain, an empty can be knocked against another; otherwise, nothing stirred.

I placed the lemon on the table and asked mischievously, “What if my wife finds a seed inside?” Professor Feinerman laughed. Not to be outdone, he matched my mischief with equal gusto, “Yeah, all our partners are good at digging out our well-hidden secrets, but I think she may not pass this test!” 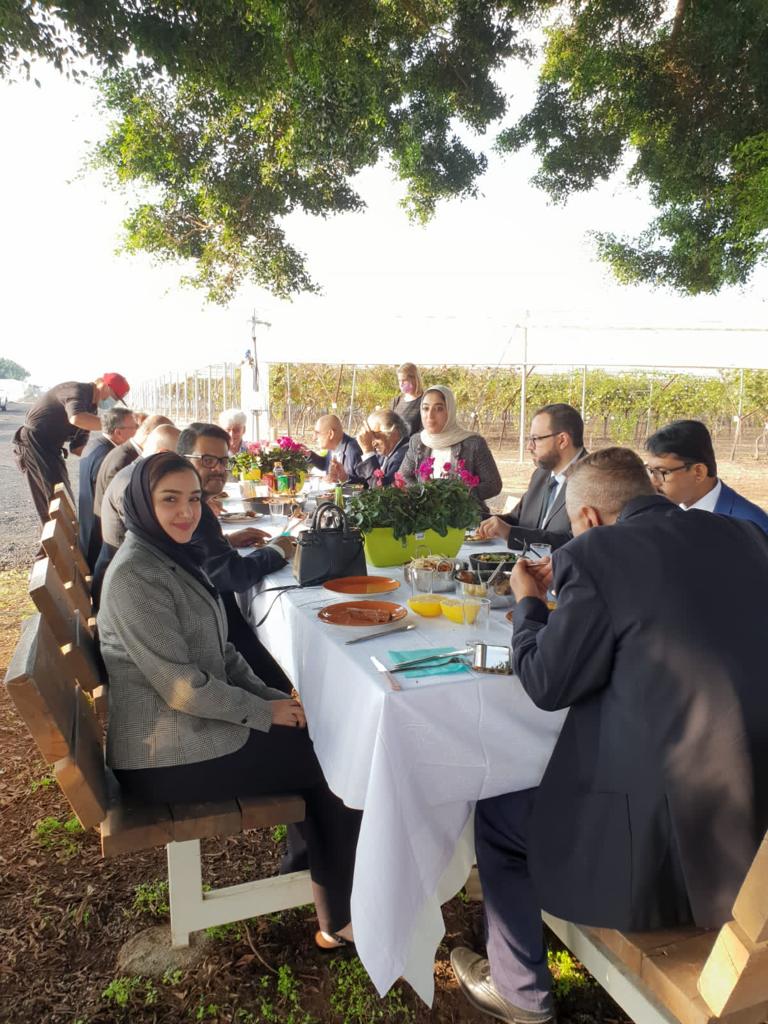 Every fruit on the table had a story to tell. The apples decorated on the plates were produced in hot climates mainly in the coastal plains of Israel. They were high-quality apple varieties raised without cold bouts, in Rishon leZion. When I picked a pomegranate, Professor Feinerman said, “We’ve more than 50 shades of pomegranate with catchy colours and brands like Emek, Shani, Acre and Neta, which are grown in commercial orchards and are in huge demand.” I tasted the fresh seedless power grapes known for their high firmness, enhanced flavour and long shelf life. These grapes have high commercial demand, mainly for making wine. The colours of the fruits were unique and fresh. Where have I seen such colourful fruits in the past? In Vincent van Gogh’s paintings?

The chef, while serving me a plate of fresh decorated fruits, said, “The citruses developed by our centre are easy to peel; do carry a few so that you can eat while heading back to the hotel.” The scientists at the Volcani Centre make sure to study every minute aspect while conducting their research. Such precise technology helps Israel stand taller among other nations. They have invested heavily in science, research and technology. All of us could see that.

Our delegation earlier had a brief interaction with the Minister of Agriculture and Rural Development Mr Alon Schuster before arriving at Volcani Centre. He was ready to speak at length but was interrupted frequently by his advisor who kept reminding him, probably about other engagements already committed. I could see a packet of fresh vegetables including cute-looking baby carrots on our table for a quick bite. They were quite inviting and impossible to resist. “The total population in the world is somewhat in excess of three billion persons and is expected to increase up to 30 per cent within 30 years, which naturally will end up in a food crisis. It’s time we focused on producing more food... quality food using cost-effective technology.” The minister was obviously concerned about the increasing population and climate change. 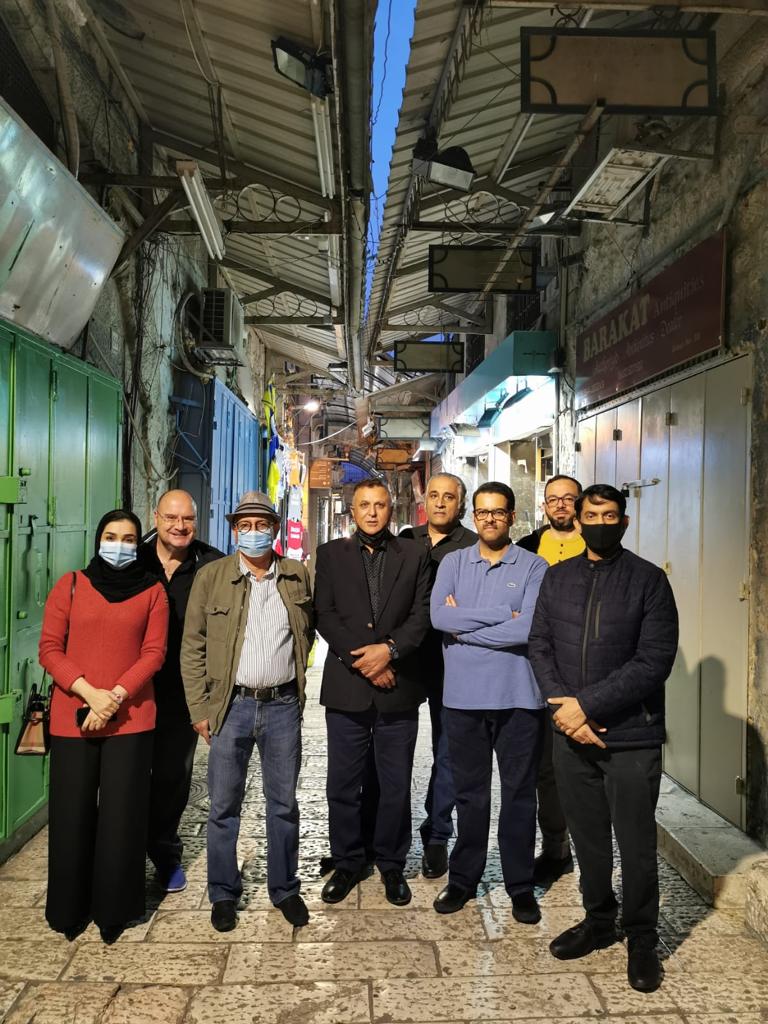 “Israel is the only nation in the world that entered the 21st century with more trees than it had 100 years ago,” the minister beamed. “We managed to plant more than four million trees spread across 7,400 acres converting barren land into lush green forests. Today, we’ve more than 200 million trees in forest and woodlands. We can help Bahrain develop such beautiful shades,” he offered, pausing for a while to study our reaction.

I could see he was enthused with the idea of doing some business with Bahrain. Mr Schuster was once again interrupted by his advisor whose eyes were restless and glued to the needles on his wristwatch. However, Mr Schuster gently ignored the nudge with a smile. “We managed to find and remove those insects that were destroying our crops using new technology. We produce high-quality fruits and vegetables in our desert of which we export 60 per cent. They’re rated premium in most European countries,” Mr Schuster said.

Later at the Volcani Centre, we learnt, it countered Salmonella – the food-borne pathogen – using good microbes. This environment-friendly bio-control agent, we were told, was effective in weeding out this stubborn pathogen present in poultry products and fruits. Volcani Centre also has prevented potatoes from sprouting while in storage using oil produced from the mint. “We’ve worked and drawn up eight objectives to associate with the Kingdom of Bahrain,” Mr Schuster told us, agriculture and aquaculture being key areas. The leader of our delegation HE Zayed bin Rashid Alzayani responded to Mr Schuster’s proposal, very warmly and shared with him Bahrain’s commitment to further the friendship with Israel.

Israel has gone big on agriculture. Be it the development of biological pesticides that eliminate fungi and bacteria but do not damage the environment, minimal usage of water that allows conservation, higher yields, longer shelf-life, rainfall simulator to study the energy impact of raindrops, robotic systems along with hyperspectral cameras and laser sensors for accurate and early detection of plant diseases, thermal images obtained through helicopter shots to understand heat emitted from a field, there was substance in the claims of Mr Schuster who asked his deputy to brief us further, taking a break, finally succumbing to the persistent reminders of his advisor. 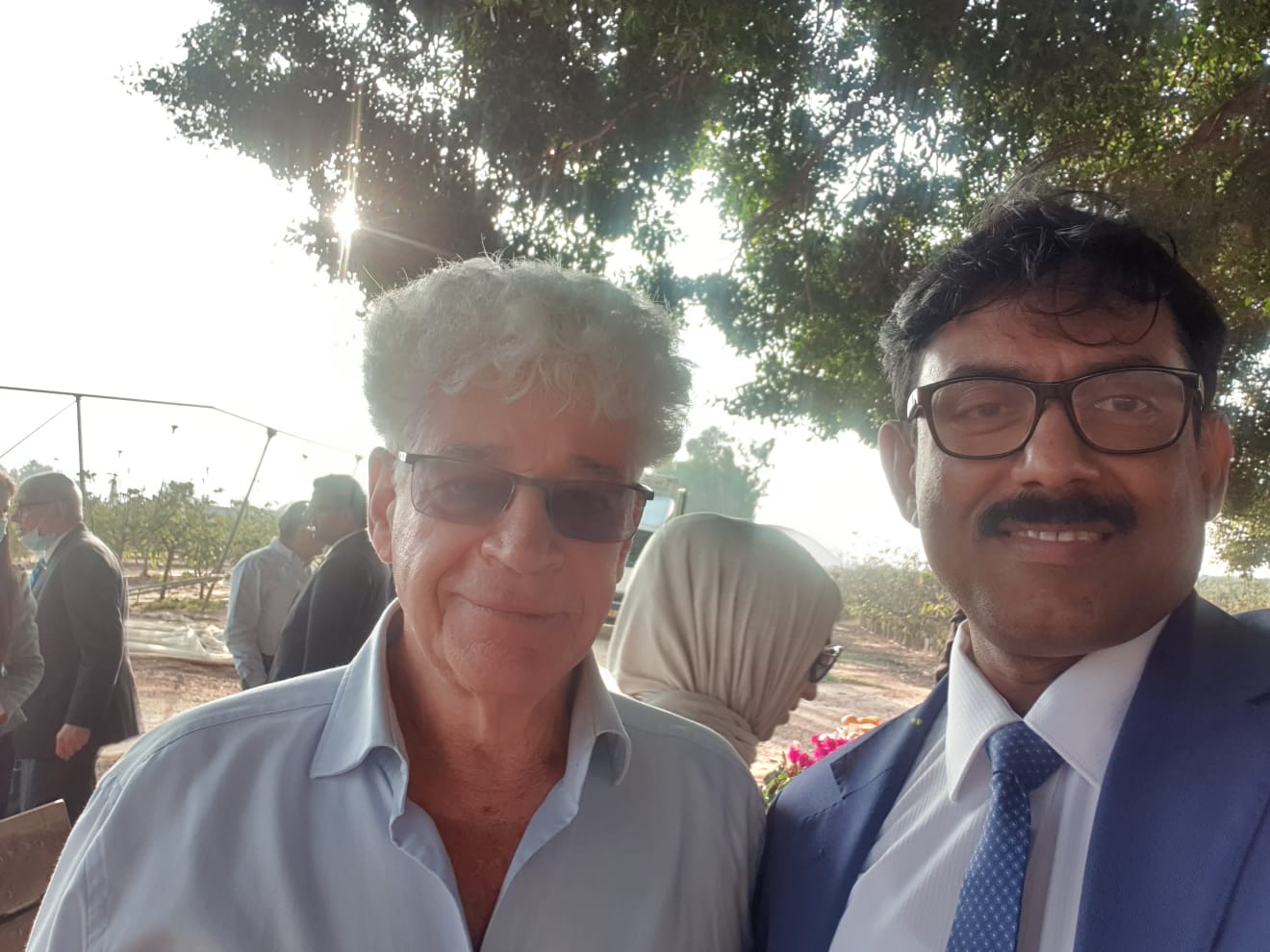 During our lunch at the Volcani Centre, we learnt that it did intense research on producing cost-effective fruits and vegetables with a better shelf life. A skilled team carries out fruit-tasting tests to examine which varieties stand out. The professionals evaluate the taste of fruits based on their sweetness, sourness, bitterness, fruitiness, astringency and hardness of the pit. They even use various types of lighting during the test and mask the colour of the fruit so the tasters are not influenced by it. Volcani Centre has also come up with a climate-control system for the cowsheds in the south of Israel because intense heat reduces milk yield.

When we finished our lunch, I was so happy that I had spent quality time meeting up with some smart, intelligent scientists. There is no doubt every country needs to seriously look into providing basic needs such as food, water and fresh air. How to do it in a better way? I am sure the political leadership of Bahrain knows the answer. For, it has taken a wise and timely decision to normalize ties with Israel. This will bring peace and better prosperity to the region and also prompt Bahrain to invest more in science, agriculture and technology.

Heading back to the hotel, all our members were all talking excitedly about the precision technology and research methodology being employed by Israeli scientists. But, what I recalled was an uneasy question posed by Noora. During our lunch under the tree, I had seen Noora, one of our team members, surveying the branches of the trees with a nervous frown. Seeing that I was watching her, she whispered with a smile, “What happens if some birds do some funny stuff while eating our food?” I could not help but laugh. “We are in a country with the best intelligence and security system in the world. The Scientist in Israel is like birds sitting on a tree, never afraid that the branch may break, because they trust not the branch but their own wings.” Noora looked at me but soon erupted into hearty laughter till our eyes turned moist. 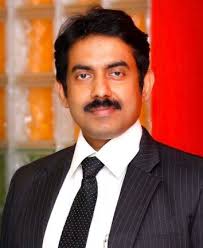 History of Bahrainis in India to be documented