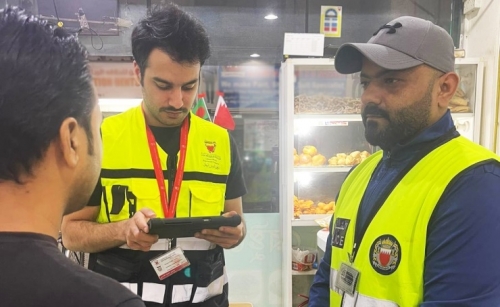 The Labour Market Regulatory Authority (LMRA) and the Ministry of Interior continue joint efforts to intensify inspection campaigns against illegal practices to preserve a competitive, fair and stable labour market.

LMRA also conducted a joint inspection campaign in the Northern Governorate in coordination with the Nationality, Passports and Residence Affairs (NPRA) and the Governorate’s respective Police Directorate, in addition to a campaign conducted by the LMRA Enforcement sector in the Southern Governorate.

The campaigns resulted in reporting violations related to the labour market and residency laws. The reported cases were referred for legal action. LMRA stressed its commitment to report violations through an intensive inspection plan, in coordination with the relevant government entities.

It renewed its call to all members of the society to support the efforts of government agencies in addressing illegal labor practices, by reporting violations via the electronic form on the authority’s website www.lmra.bh or by calling the authority’s call centre on 17506055.