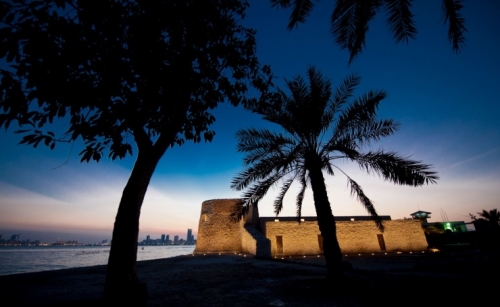 The Muharraq Nights Festival will open this evening in Muharraq’s historic old quarter. The major cultural event is co-organised by the Bahrain Authority for Culture and Antiquities (BACA) and the Shaikh Ebrahim bin Mohammed Al Khalifa Center for Culture and Research as part of the Pearling Path project.

The festival will feature a wide variety of events at numerous venues across the city on the weekends of the first two weeks of the month (December 1-3 and December 8-10) between 5pm and 9pm.

It was the first capital of Bahrain, the largest pearl trading centre in the Gulf region, and the cradle of Bahrain’s literary, scientific, and cultural movements.” Shaikh Khalifa indicated that the festival is consistent with the city’s designation as a “Creative City of Design” by Unesco and is an investment in the cultural infrastructure improvements made over the past few years.

He added that the Muharraq Nights Festival features a wide variety of art and design-related events at landmark locations across the city, including Unesco World Heritage sites and homes branching from the Shaikh Ebrahim bin Mohammed Al Khalifa Center for Culture and Research. He urged the people of Bahrain to attend the festival, noting that it features activities for people of all ages and backgrounds, is great for families, and will give visitors a new perspective on the city of Muharraq.