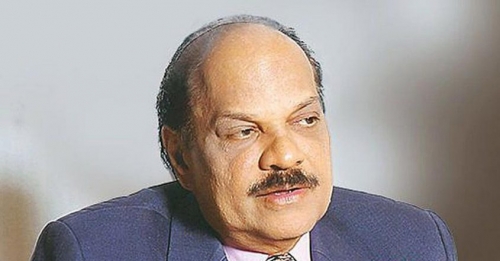 The 80 years old was suffering from age-related illness. Ramachandran, who hailed from the South Indian state of Kerala, started his career as a banker in Kuwait.

In the late eighties, he set up his first jewellery in Kuwait City, beginning the magnificent success odyssey as a trailblazing jeweller in the Mideast and India.

His brand, Atlas, synonymous with his name, had showrooms across the GCC, including Bahrain (Manama Gold Souq) and many Indian cities. Things took a challenging turn in 2015 when he was jailed in the UAE over accusations of non-payment of loans.

He had to spend nearly four years in jail before his release. However, since his release, Ramachandran was seen with reverberating charm and confidence as he appeared in television interviews, signalling a significant comeback, for which he devised strategies.

An avid movie enthusiast, Ramachandran also produced a few movies apart from wearing the robes of an actor. His death has shocked many in the region and Kerala, who see him with great inspiration and admiration.

His life has come full circle, broadly carrying points of remarkable rise and fall. He was also renowned for many charitable acts.