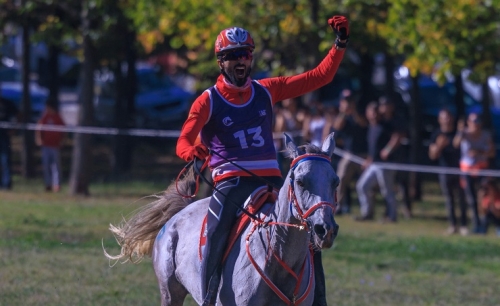 His Highness Shaikh Nasser bin Hamad Al Khalifa, Representative of His Majesty the King for Humanitarian Works and Youth Affairs and Captain of the Royal Endurance Team, yesterday wrote another chapter in the rich history of Bahrain by winning the title in the World Endurance Championship for Eight-Year-Old Horses, held in Spain. 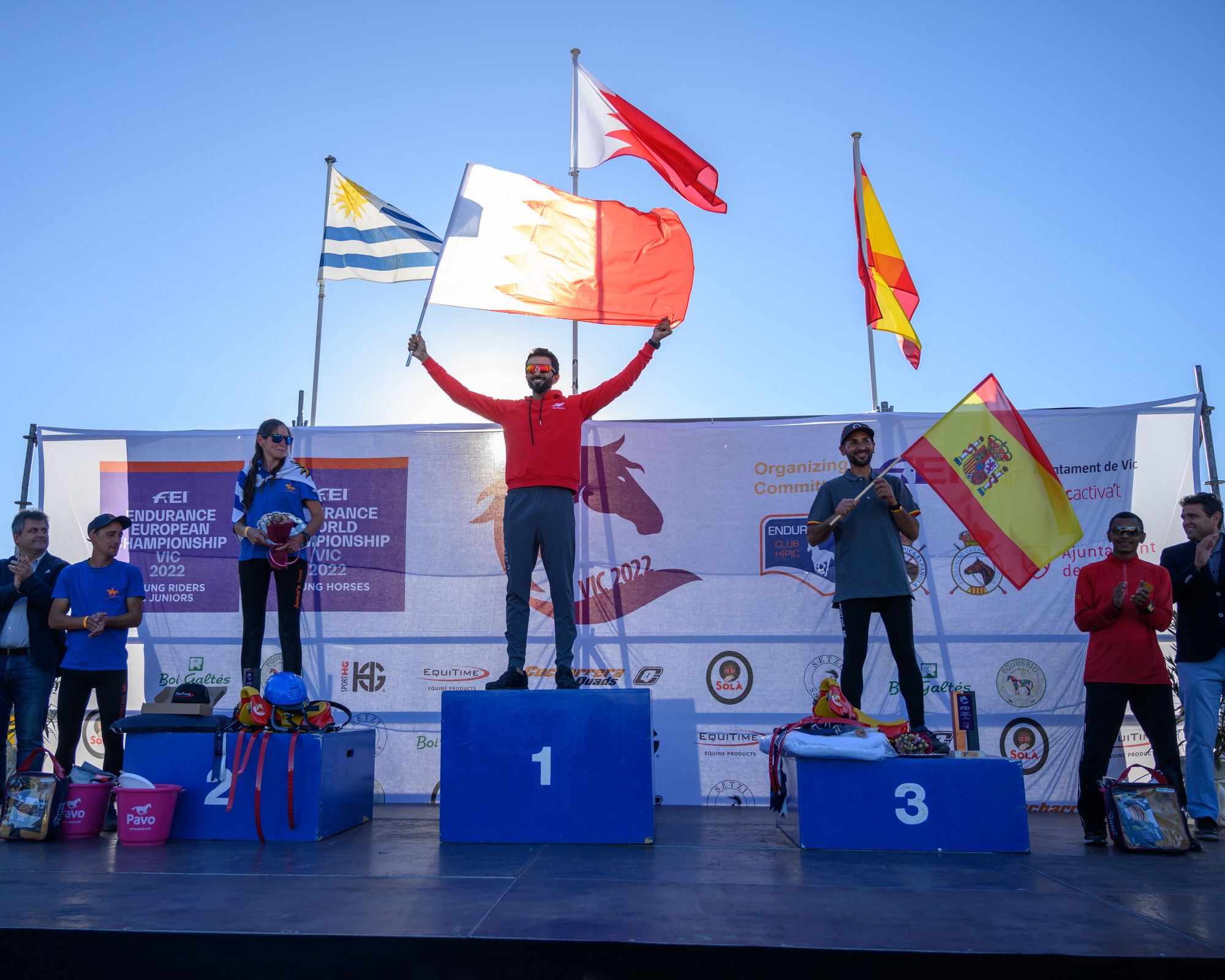 HH Shaikh Nasser claimed his spectacular victory after outclassing a wide pool of 57 elite riders representing 20 countries from across the globe. The race was followed by HM King Hamad bin Isa Al Khalifa , the King of the Kingdom of Bahrain, and this played a key role in spurring HH Shaikh Nasser to increase his efforts enroute to winning the race. 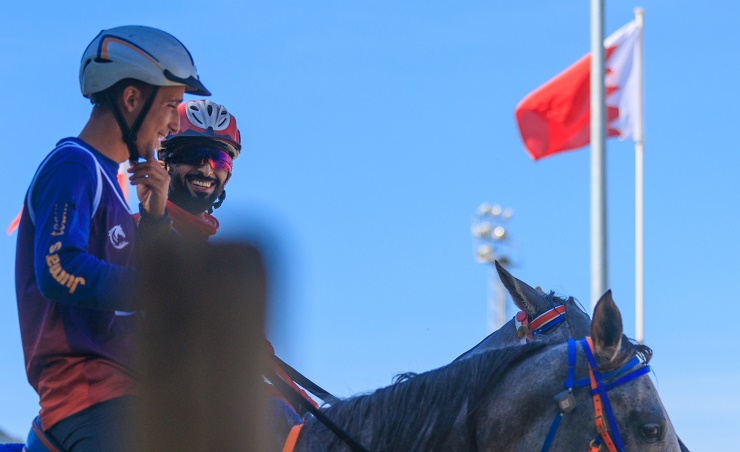 The race featured strong competition from riders hailing from Uruguay, the UAE and Spain in addition to many other countries. On this occasion, HH Shaikh Nasser expressed to HM the King his sincere thanks and appreciation for his win. 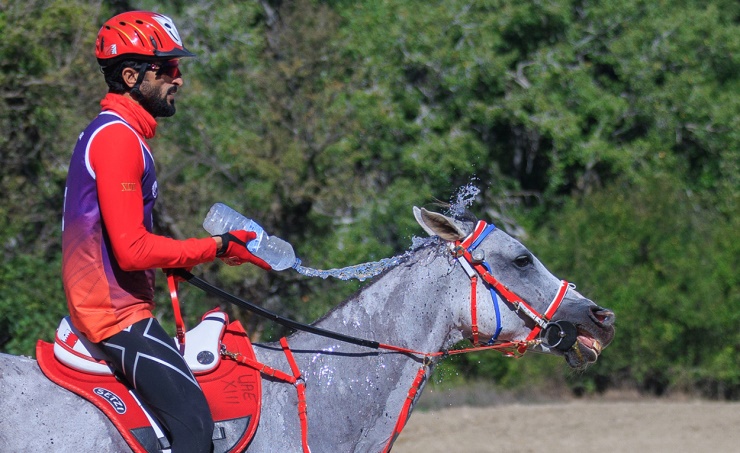 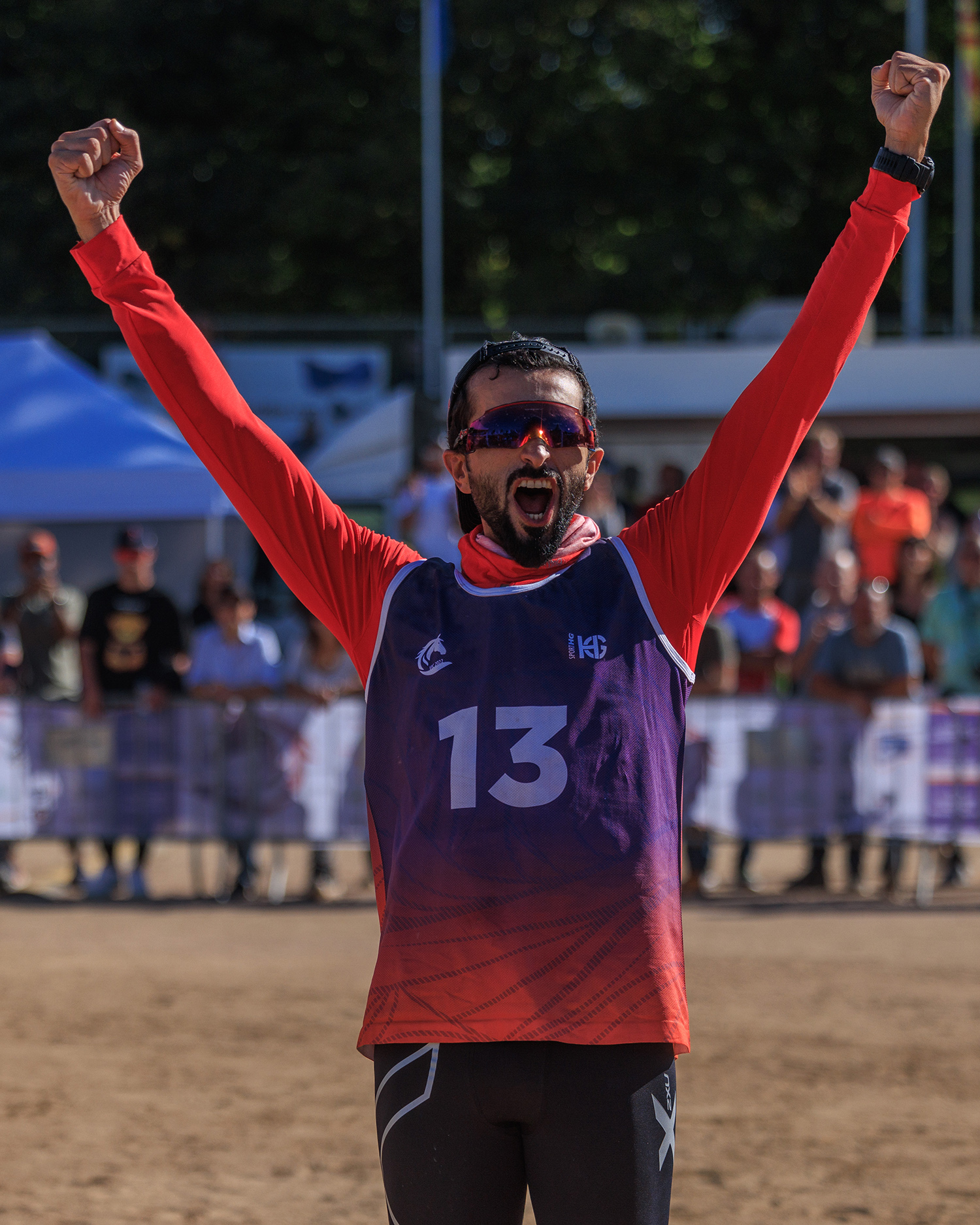