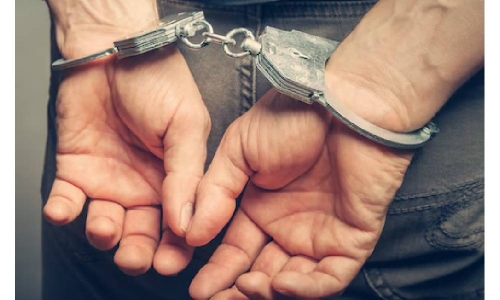 Police arrested a 34-year-old Bahraini man accused of tricking and forcing girls of foreign nationalities into prostitution with fake offers.

The Ministry of Interior, in a tweet, said the arrest followed an investigation into an audio clip that went viral online.

Director General of the Department of Investigation and Criminal Evidence said the case is currently before a competent court.

Investigators said the suspect also had a history of trafficking and had served ten years in jail for possessing drugs in 2010.