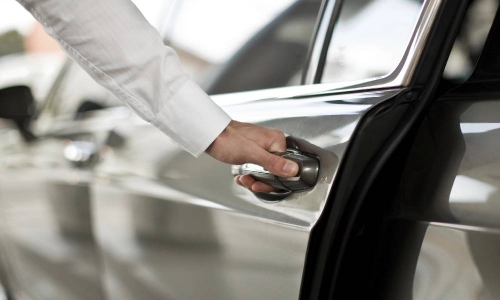 A Bahraini man in his forties was handed over a three-year prison term for selling his ex-wife’s car without her knowledge.

He offered to take the ex-wife's car to a workshop to be fixed.

However, he later told her later that she had to pay BD2,000 in order to get it back before she discovered that the car was sold after faking her signature.

“I was trying to get help from anybody when my car stopped. And he called me, and I told him about my situation. He came to me and took the car to a repair shop in Isa Town. I went on the second day to the shop to check it and the worker there told me that he came and took the car to another workshop,” the woman told prosecutors.

“I called him, and he told me that I had to pay BD2,000 if I wanted it back. And I later discovered that he sold it to someone after counterfeiting my signature,” she added.

According to court files, the defendant gave the car to the buyer, from whom he bought another vehicle and didn’t settle its amount.

“He offered to give me the car in exchange for the vehicle he bought from me and I accepted,” the buyer said. The defendant admitted to his wrongdoing during questioning. He was charged with fraud and forgery as well as stealing the car.