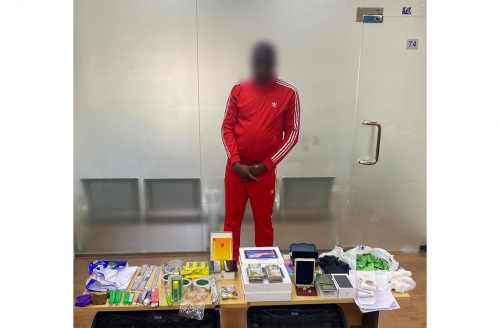 The General Directorate of Anti-Corruption and Economic and Electronic Security announced that the Anti-Economic Crimes Directorate had arrested an African who used to cheat his victims by pretending that he could change papers to currency notes.

An investigation into received information led to identifying and arresting the suspect. Devices, tools and chemicals were found at his residence.

Legal proceedings are being taken to refer the case to the Public Prosecution. The General Directorate calls upon the public to avoid believing fraud claims and report such cases to the hotline 992.