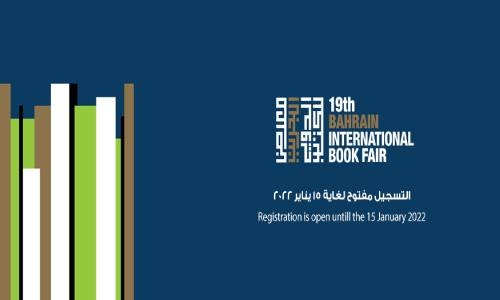 Preparations are ongoing for the 19th Bahrain International Bookfair organised by the Bahrain Authority for Culture and Antiquities at the exhibition hall of the Bahrain National Museum.

The biennial literary event will have 320 booths for participants and feature many cultural events. The event will showcase regional and international publishers and booksellers spanning all subject areas under one roof.

The fair will have book signings, talks, exhibitions, music and film screenings, and children’s activities.

Registration for the fair is open until the 15th of this month. To sign in, use this link: https://bit.ly/3KwtD7x

The fair in the past had more than 120,000 visitors who discovered the universal value of the books and publications presented by 400 Arabic and international publishing houses.

The Ministry of Culture also organised parallel cultural events, such as poetry, music, literary, and art criticism evenings mostly from many countries, which were hailed a major success by attendees and participants.

In preparations for the current edition, BACA has launched a tender for companies to prepare the decors for the fare. If interested, make bids before the 6th of February 2022, with a BD500 bond and BD30 tender fees.

The fare will begin on the 27th of March this year and continues until the 17th of April. The previous edition of the fair was from March to April 2018.