'Bahrain is an inspiring model in promoting tolerance, openness' | THE DAILY TRIBUNE | KINGDOM OF BAHRAIN 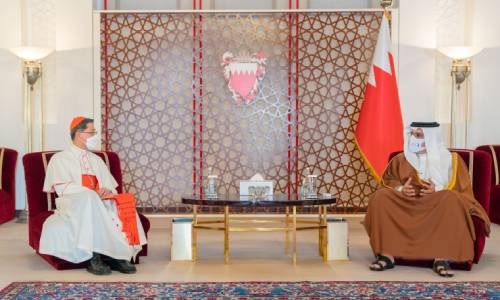 'Bahrain is an inspiring model in promoting tolerance, openness'

His Royal Highness Prince Salman bin Hamad Al Khalifa, the Crown Prince and Prime Minister, today met with The Prefect of the Congregation for the Evangelization of Peoples, His Eminence Cardinal Luis Antonio Tagle, at Riffa Palace.

His Royal Highness commended HM the King’s vision, which has placed Bahrain as an inspiring model in promoting tolerance, openness.

His Royal Highness welcomed His Eminence Cardinal Luis Antonio Tagle to the Kingdom of Bahrain.

His Royal Highness further noted that the Kingdom of Bahrain’s policies and principles are based on the teachings of compassion, tolerance and liberalism from the Islamic religion, values which are enshrined in the core of Bahraini society. 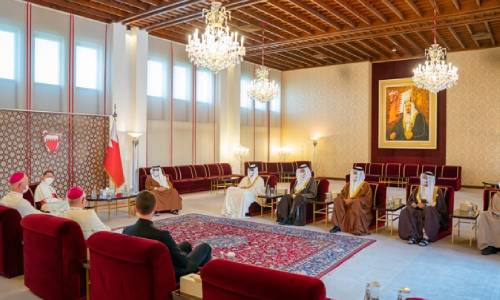 His Royal Highness highlighted the Kingdom’s commitment to promoting a culture of pluralism and interfaith dialogue, emphasising its importance of supporting understanding between peoples and cultures and consolidating peace.

For his part, His Eminence Cardinal Luis Antonio Tagle expressed his gratitude for the opportunity to meet with His Royal Highness and commended the Kingdom of Bahrain’s commitment to encouraging multi-ethnic and religious diversity.