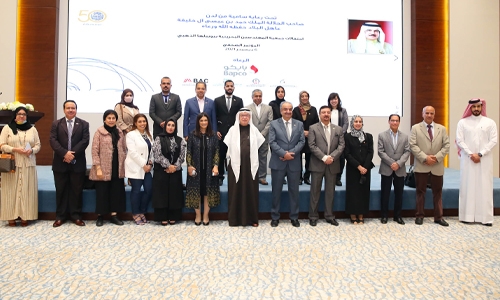 Bahrain Society of Engineers is set to celebrate its golden jubilee in March next year under the patronage of His Majesty King Hamad bin Isa Al Khalifa.

This was announced by Dr Deya Abdulaziz Tawfeeqi, President of the Society, during a press conference held on Monday at its premises in Juffair.

The event was held to discuss the events prepared to mark the 50th anniversary of the Society.

Dr Tawfeeqi expressed his sincere thanks and gratitude to HM the King for patronising the event which will take place at the Bahrain International Conference and Exhibition Centre.