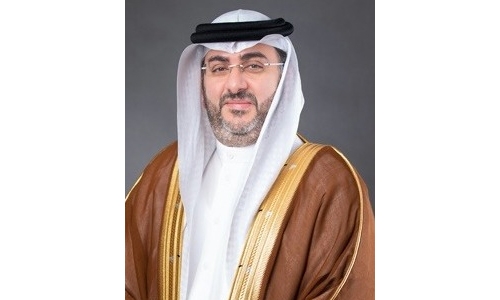 The Labour Market Regulatory Authority (LMRA) is working on the phased implementation of the Wage Protection System, which plays a key role in preserving the rights of employers and workers.

The third phase will be launched in January 2022, for establishments with less than 49 employees.

Al Alawi said that the wage protection system is linked to the Central Bank of Bahrain (CBB) and various financial and banking institutions across the Kingdom.

The system aims to ensure that workers’ wages are transferred to their bank accounts regularly and on set dates, in a manner that enhances transparency and the regulatory process.

Al Alawi explained that this supports the settlement of labour disputes related to wages, in addition to contributing to further regulating the labour market.

He pointed out that 100% of the targeted establishments in the first phase of the wage protection system have joined the system, while their commitment to transferring the salaries of their employees through the electronic system exceeded 80%, through various financial and banking institutions and service providers approved by the CBB.

LMRA had earlier announced the implementation of the first phase of the wage protection system last May, based on the Cabinet’s decision regarding the implementation of the wage protection system, and the Minister of Labour and Social Development’s Edict No. (22) of 2021 specifying the stages of implementing the system for workers in the private sector establishments.

Al Alawi also welcomed the fact that more than 87% of the targeted institutions and companies have joined the second phase of the wage protection system to date, after its launch in September.

He said that the commitment to paying wages through the system was approximately 61%, explaining LMRA’s commitment to communicating with employers directly and continuously to ensure full compliance with paying the wages of workers registered with them, and to overcome any difficulties that might prevent registration in the system during the set period.

The Chief Executive reiterated the guarantees in place in the Kingdom to preserve the rights of expatriate workers and employers by international legislation and charters and to preserve the financial rights governed by employment contracts, through the electronic format provided by the system that contributes to strengthening the regulatory process and ensures that employers fulfil their obligations.