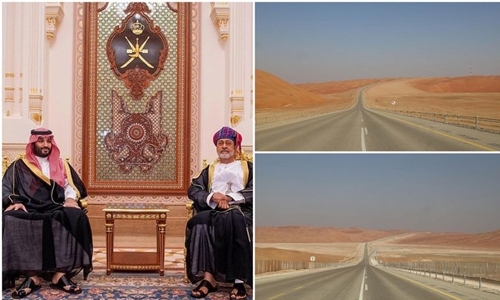 Saudi Arabia and Oman announced yesterday the opening of the first land crossing between the two Gulf neighbours.

“The 725 - kilometre Saudi- Omani road will contribute to the smooth movement of citizens of the two countries and the integration of supply chains,” a joint statement released following an official visit by Saudi Crown Prince Mohammed bin Salman said.

Oman’s Sultan Haitham bin Tariq and Prince Mohammed held talks in Muscat, where they reviewed prospects for cooperation and ways of developing them in various fields.