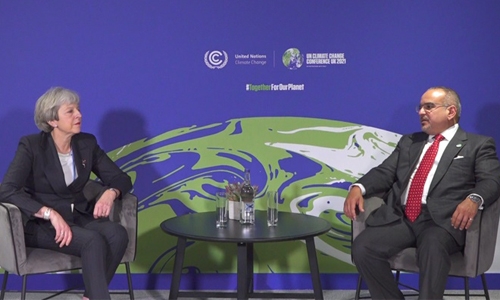 Upon arrival, His Royal Highness was welcomed by the Representative of Her Majesty the Queen, Ambassador of the Foreign, Commonwealth and Development Office, Richard Osmond, and the Ambassador of the Kingdom of Bahrain to the UK, Shaikh Fawaz bin Mohammed Al Khalifa.

On the sidelines of the event, HRH Prince Salman met leaders of friendly countries and held talks on major developments in the region and around the world, as well as issues of mutual interest.

The meetings were also attended by the Ambassador of the Kingdom of Bahrain to the United Kingdom, HE Shaikh Fawaz bin Mohammed Al Khalifa, and the Special Envoy for Climate Affairs and CEO of the Supreme Council for Environment, HE Dr Mohammed bin Mubarak bin Daina.

They discussed a range of key COP26 issues. In this regard, His Royal Highness highlighted Bahrain’s commitment to environmental security and combatting climate change, including the Kingdom’s intention to achieve net-zero emissions by 2060.

HRH Prince Salman met with the Secretary of State for Foreign, Commonwealth and Development Affairs for the United Kingdom of Great Britain and Northern Ireland, The Rt Hon Elizabeth Truss MP.

His Royal Highness highlighted Bahrain’s long history of strategic cooperation and coordination with the UK. He noted the importance of further advancing Bahrain-UK relations, in line with joint agreements that benefit both countries and their peoples.

HRH the Crown Prince and Prime Minister met with the UK Minister for the Middle East and North Africa (MENA) at the Foreign, Commonwealth & Development Office, The Rt Hon James Cleverly MP.

His Royal Highness highlighted the strength of the historic Bahrain-UK ties that continue to be bolstered by joint cooperation and coordination in many areas of international importance. His Royal Highness emphasised the Kingdom’s commitment to joining international efforts aimed at enhancing environmental security in cooperation with the UN and other multilateral organisations.

HRH noted the importance of building upon the progress made following the signing of the Declaration of Peace, and further strengthening bilateral ties and cooperation.

They discussed topics of common interest and areas of cooperation, in particular the importance of cooperation between the two countries in preserving the environment and promoting clean energy uses. His Royal Highness outlined Bahrain’s comprehensive climate change response, including the Kingdom’s intention to achieve net-zero by 2060.

HRH Prince Salman met with the Ambassador of the Kingdom of Saudi Arabia to the UK and Northern Ireland, His Royal Highness Prince Khalid bin Bandar bin Sultan bin Abdulaziz Al Saud, at the Saudi Pavilion. His Royal Highness highlighted the strength of the historic ties between Bahrain and Saudi Arabia, which receives the unwavering support of His Majesty King Hamad bin Isa Al Khalifa and the Custodian of the Two Holy Mosques, King Salman bin Abdulaziz Al Saud.

HRH the Crown Prince and Prime Minister noted that Bahrain is committed to further coordination with Saudi Arabia, following the positive outcomes of the Middle East Green Initiative Summit, to progress environmental security. HRH Prince Khalid bin Bandar expressed his gratitude to HRH Prince Salman for his support to furthering bilateral relations between the two countries, to achieve further growth and prosperity for all.

HRH the Crown Prince and Prime Minister met Sri Lanka President Gotabaya Rajapaksa. His Royal Highness noted the steady growth of cooperation between the two countries across various fields and highlighted the importance of continuing to work on strengthening bilateral ties.

HRH Prince Salman visited the UAE pavilion where he met with the UAE Minister of Industry and Advanced Technology and Special Envoy for Climate Change, Dr Sultan bin Ahmed Al Jaber. His Royal Highness highlighted the strength of the longstanding relationship between the Kingdom of Bahrain and the UAE, which continues to receive the support of His Majesty King Hamad and UAE President HH Shaikh Khalifa bin Zayed Al Nahyan. HRH Prince Salman commended the UAE’s participation in the conference and its ambitious initiatives, aimed at enhancing international cooperation in order to achieve global environmental security. He wished the UAE President and its people continued progress and prosperity. 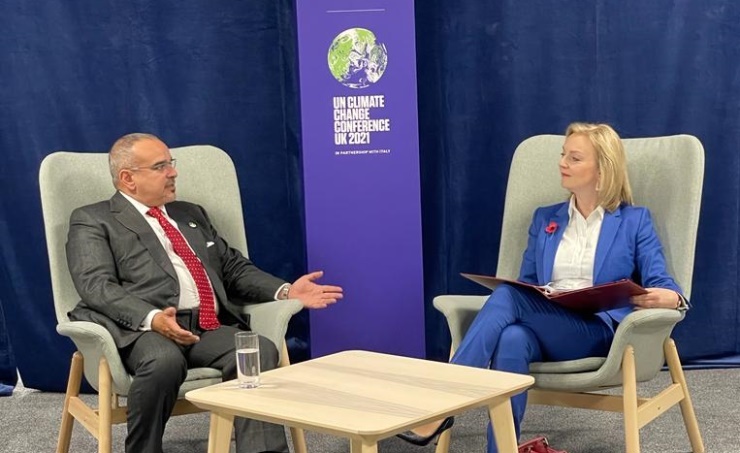 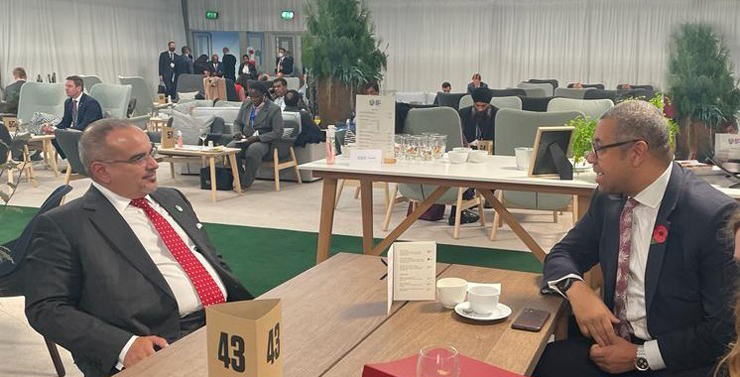 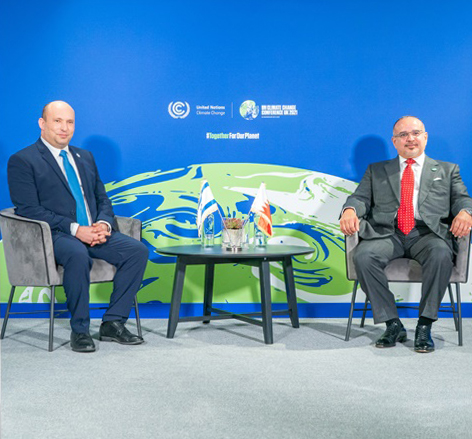 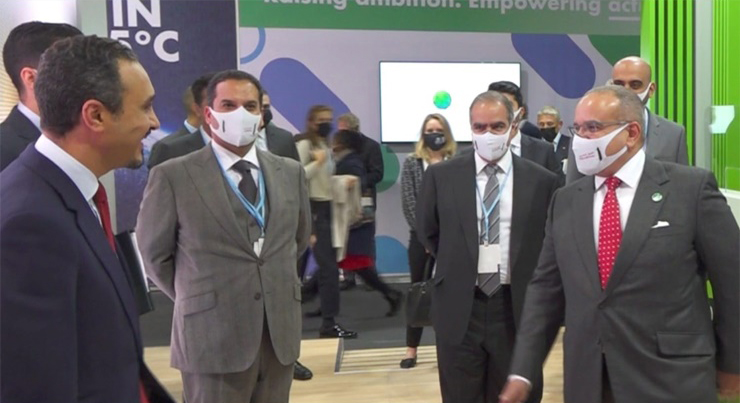 HRH Prince Salman with the Saudi Ambassador to UK 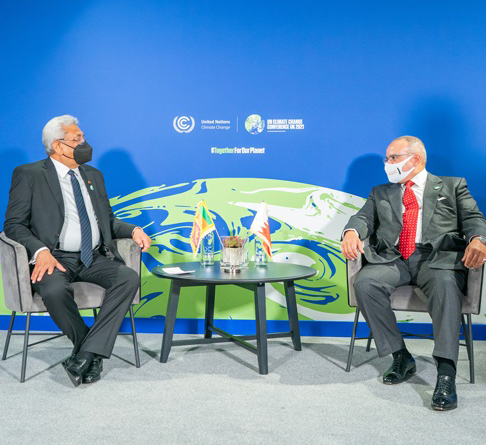 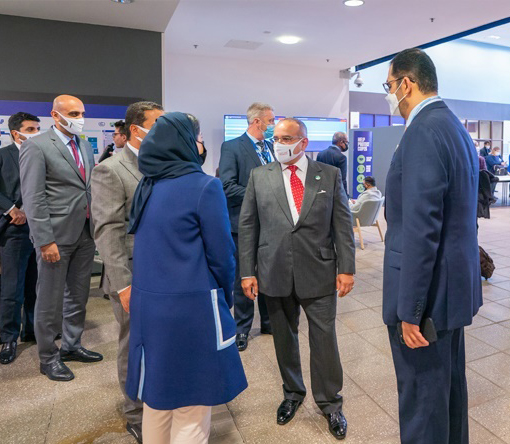