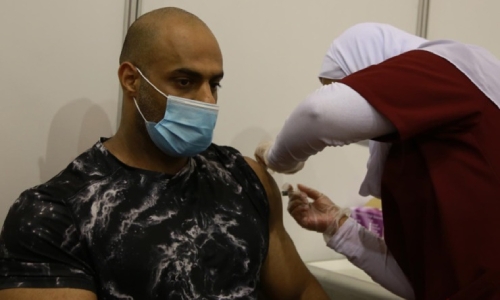 The healthy doses of international news about Bahrain this month regarding its covid-19 status is a remarkable testament to the Kingdom’s efficacy in confronting the pandemic.

Ten days ago, the Nikkei's COVID-19 Recovery Index for September ranked Bahrain as the world's second-best country in terms of COVID recovery by calculating a score between 0 and 90 based on nine factors divided into three categories - infection management, vaccine rollouts, and mobility. Bahrain scored 72%, only one point behind leader Malta.

On October 8, the Council of the European Union recommended that Bahrain should be added to the list of countries for which travel restrictions should be lifted. The recommendation by the Council was another testament to Bahrain’s successful policy in confronting the pandemic.

On October 9, the German Ambassador to Bahrain Kai Boeckmann announced that “in view of the low numbers of infections in Bahrain, starting from 10 October 2021, 00.00 h, Germany will allow travelers from Bahrain who hold a valid visa to enter Germany for all normally permitted purposes, including tourism, and regardless of their vaccination status.”

On October 14, Indonesia said that vaccinated tourists from Bahrain and 18 other countries can now travel to Bali and Riau Islands. Some of Indonesia’s closest neighbors were not on the list.

On October 15, Sweden said that it had amended its entry ban to exempt residents of Bahrain and the United Arab Emirates. The Swedish government said that the amendment would enter into force on October 19.

Bahrain’s multiple successes are attributed to the deep commitment of the leadership and people since the early days to facing a looming and ominous enemy with the sense that everyone should play their part in protecting and serving the nation.

The mission has been anchored in deep trust and full confidence in the wisdom and sagacity of HM the King as the perfect leader to guide the nation through the extraordinary circumstances and unprecedented challenges and in the capabilities and aptitudes of Team Bahrain, led by HRH the Crown Prince and Prime Minister.

The ad-hoc multi-ministry national taskforce and the medical taskforce set up to deal with the spread and fallout of COVID-19 based their assessments and decisions on reliable data and genuine science while not allowing risky bias to enter the process.

And while officials and experts were engaged in a survival fight against the pandemic, a media component dealt with the threats of misinformation and disinformation that were taking advantage of the local and international addiction to digital platforms to undermine the state efforts.

People were cautioned to take their information only from trusted sources and not to fall for the erroneous and misleading claims disseminated across the world by fame-seekers, conspiracy theory supporters and pretentious know-it-all users.

The taskforce set up a hotline to ensure smooth and open communication in seven languages.

Such an approach proved helpful in the beginning as Bahrain and the world charged into the great unknown as well later when the unknown became better known and vaccination became the best way towards resuming normal life.

While in Bahrain the vaccination drive embraced everyone, citizens, residents, the elderly, prisoners and even foreigners without proper documents, who conscientiously responded to the call when it came, in several countries, misinformation and disinformation have created and amplified misleading narratives that misshaped reality, hampered a normal vaccination process and stalled steps towards recovery.

In Bahrain, everyone appreciated that the choice to get vaccinated may be personal, but the consequences are national. People understood that getting the shot is not a whimsical decision, but rather a patriotic act.

So, while Bahrain is being internationally rewarded for its success story, many other countries are being burned by their lackadaisical vaccine hesitancy and plagued by the worrisome enmity between vaccine proponents and vaccine skeptics and with the seemingly inexorably growing chasm that divides them.

That is the difference between Bahrain and the rest and that is what ranks Bahrain among the best.