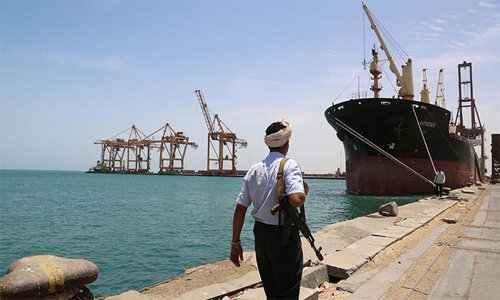 The Foreign Ministry affirmed that the terrorist act reflects the Houthis’ adamant intent to threaten navigation and undermine regional stability and security.

It hailed the efficiency and vigilance of the Coalition Forces Supporting Legitimacy in Yemen, which were able to intercept and destroy the boats.

It called upon the international community to shoulder its responsibility in condemning these acts, stressing the need for concerted international efforts to deter these terrorist militias and put an end to their violations.

Bahrain condemned the shooting at Perm University in Siberia in the Russian Federation, resulting in the death and injury of several people. The Foreign Ministry extended its condolences to the families of the victims and to the Russian people and government, wishing a speedy recovery to those injured as a result of this cowardly act.

It affirmed Bahrain’s solidarity with the Russian Federation in its efforts to confront violence, extremism, and terrorism. It reiterated the Kingdom’s unwavering position in rejecting violence and extremism in all its forms and regardless of its motives.