No country has the right to ask us to form an inclusive govt in Afghanistan: Taliban | THE DAILY TRIBUNE | KINGDOM OF BAHRAIN 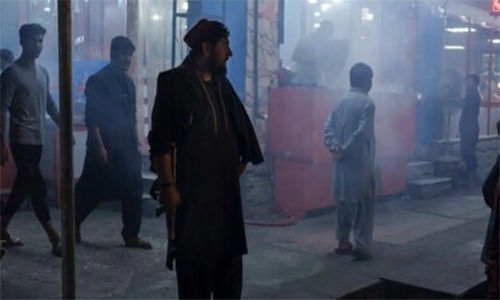 Days after Pakistan Prime Minister Imran Khan's comments over the government formed in Afghanistan, the Taliban expressed that countries have no right to ask the Islamic Emirate to establish an 'inclusive' government in Afghanistan.

The remarks came from Taliban spokesperson and Deputy Information Minister Zabihullah Mujahid after Pakistan and several other countries reiterated the Taliban to form an inclusive government in Afghanistan.

"Pakistan or any other country has no right to ask the Islamic Emirate to establish an 'inclusive' government in Afghanistan," Mujahid told Daily Times when he was asked for his reaction on PM Imran Khan's recent remarks on the Afghan government.

A few days back, Khan accepted that Islamabad has started negotiations with the Taliban for an inclusive government that would include minorities in the country.

Earlier, another Taliban leader, Mohammad Mobeen had also expressed that Afghanistan does not give the right to anyone to call for an inclusive government in the country.

"Does the inclusive government mean that the neighbours have their representatives and spies in the system?," he said during a debate show on Afghanistan's Ariana TV.

Mobeen's statement is a strong indication that the Taliban are in no mood to accept calls for such a government that has representations of other groups.

Meanwhile, the Taliban also insist that their government is inclusive with the representation of other ethnicities, Pakistan Times reported.