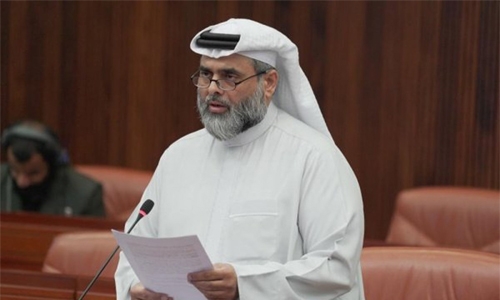 The Chairman of the Services Committee in the House of Representatives, Ahmed Al Ansari, has stressed the need to reconsider the decision to close some facilities in mosques as part of the precautionary measures against the coronavirus (COVID-19).

He called on the Ministry of Justice, Islamic Affairs and Endowments to find a quick mechanism in cooperation with the national medical team to comprehensively reopen mosques.

MP Al Ansari said that the decision to close women’s chapels and toilets, and not allow the Qur’an to be opened is “unjustified,” especially after the resumption of activities in various commercial sectors, adding that it is “illogical” that toilets in commercial complexes are open while toilets in mosques are closed.

He explained that mosques have demonstrated their commitment to applying precautionary measures, as no case of infection has been detected in mosques, according to the statements of official authorities.

MP Al Ansari pointed out that the Ministry of Justice, Islamic Affairs and Endowments, based on the medical team’s directives, stipulated that the Quran should not be opened in mosques under the pretext of preventing the spread of the virus.

On the other hand, restaurants and shops are open and customers are more vulnerable to being infected by the virus. MP Al Ansari said that the return of students to in-person classes confirms that preventing children from entering mosques until now is an unjustified decision, pointing out that mosques represent schools for raising young people.

He praised the efforts of the national team since the beginning of the pandemic, which has taken professional measures that contributed to preserving the health and safety of citizens and residents.