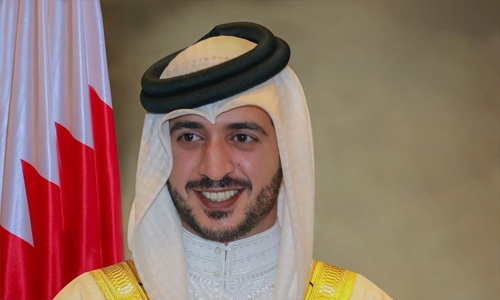 Organised jointly by Bahrain Polytechnic and Bahrain Institute of Banking and Finance (BIBF), the event is part of Shaikh Khalid’s support towards digital transformation, especially the future sciences and artificial intelligence.

Experts of the industry, professionals and researchers, as well as academicians and students, are taking part in the event.

He stated that HH Shaikh Khalid’s support has contributed to the launch of Bahrain Polytechnic Artificial Intelligence Academy in 2018, which is a first of its kind in the Middle East. It welcomed its first batch of students last September.

He said that HH Shaikh Khalid’s support would bolster Bahrain’s position regionally in this sector.

Meanwhile, the Head of the Centre for Digital Transformation and Project Management, Ahmed Naimi, said that the main themes of the conference would be about the concepts surrounding the application of artificial intelligence and technical learning.

For those who want to share scientific summaries, they may send them to BPEvents@polytechnic.bh by December 1, 2020. To know more about the conference, visit www.bibf.com/aiforall/.