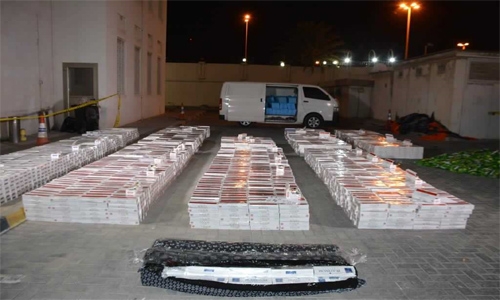 A gang of nine was arrested for trafficking and selling illegal types of tobacco in the kingdom, announced the Interior Ministry.

The Capital Governorate Police Director General said that an investigation led to identifying the gang members dealing with the banned items in various locations across Bahrain. The seized items were worth BD350,000 and some of them had a selling value of BD100,000.

Further probe revealed that one person managed the gang, while another was responsible for trafficking the items through a third person living in another Gulf country.

The case has been referred to the Public Prosecution.