‘A courageous decision’ | THE DAILY TRIBUNE | KINGDOM OF BAHRAIN 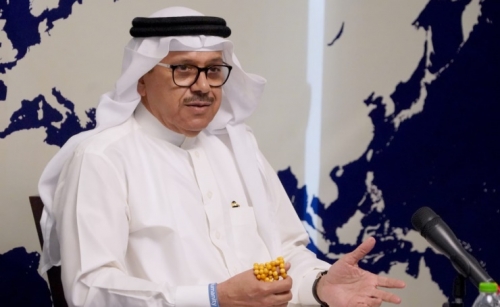 The Foreign Minister pointed out that HM the King’s wise vision in this context stems from his firm belief in co-existence and tolerance between nations and peoples, and for peace, security, and stability to prevail in the Middle East. This came during a meeting of the Foreign Minister with a number of members of the local press.

The Foreign Minister expressed his deep appreciation for the local press and their sincere national efforts to enlighten, educate, and inform public opinion about what is happening in the local, regional, and international arena. He appreciated their prominent role in promoting the Kingdom’s march and contributing to building its renaissance, progress, and prosperity in the bright era of HM King Hamad.

The Foreign Minister also pointed out that this fraternal meeting comes in implementation of the directives of HM the King to communicate with writers and inform them of the contents of the declaration supporting peace.

He indicated that the wise vision of HM the King stresses the importance of spreading peace, stability, and prosperity throughout the world, and the need to reach a just and comprehensive peace in the Middle East as a strategic option, and settling the Palestinian-Israeli conflict according to the two-state solution.

He stated that the vision of HM the King is based on the values of tolerance and co-existence between nations, peoples, and religions. Authentic values The Foreign Minister said that Bahrain has been known throughout the ages as a tolerant, co-existent and accepting society, adding that these are authentic values that have been rooted in its people, and affirming that peace needs courage, patience, perseverance, sincerity, and faith.

He added that Bahrain, with its historic step, gained the respect of the countries of the world in America, Europe and Asia, and noted that this move is a message from HM the King and the people to the world. The Foreign Minister explained that the declaration supporting peace is an important step for Bahrain and added that it is not directed against anyone.

He also stressed that security and stability go hand in hand, as there is no prosperity without security and no security without prosperity. He said that, during the past decades, the Middle East has witnessed devastating wars and conflicts that have caused the deterioration of the situation of a number of Arab countries, and led to millions of Arab youth losing hope for a better future and a free and decent life.

The Foreign Minister also affirmed that the tragic situation in a number of Arab countries needs to be handled with a new approach—one that helps restore security, stability and peace to the region, and gives people hope for a better future.

For their part, the writers of opinion in the local press praised the important role and the courageous historical step taken by Bahrain by signing a declaration supporting peace with Israel. They highlighted the great efforts undertaken by the Kingdom to achieve security, peace, and prosperity in the region, and wished Bahrain more tangible achievements in everything that would serve the country and its citizens.