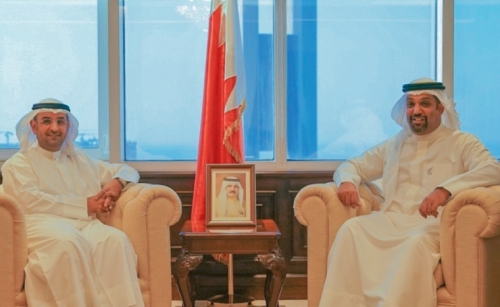 The Finance Minister was speaking as he received in his office GCC secretary-general Dr. Nayef Falah Al Hajraf and his accompanying delegation. They discussed the GCC march and ways of enhancing the council’s role to achieve set goals. The GCC secretary-general expressed his sincere thanks and appreciation to the Finance Minister and lauded Bahrain’s role in achieving GCC integration.