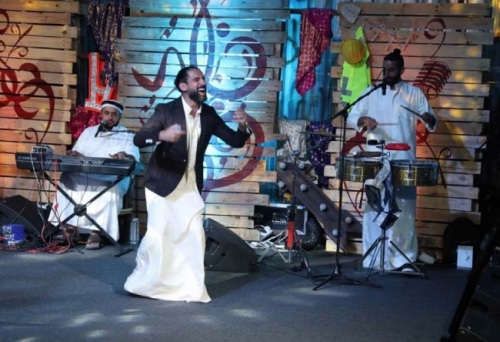 Lockdown, virus, case spike and vaccine are some of the words that rule the world these days.  The general feeling is that the world is on the edge of an apocalypse.  However, in Bahrain, all that got changed this Friday.  Leading the change virtually was Bahrain’s favourite Khaled Fouad. The virtual party happened late night at 10 on Friday with him broadcasting his performance live on Instagram.

Soon, it went viral. Viewers from Bahrain and abroad alike flocked in large numbers to his account to watch the live broadcast which won over 104,000 hearts.  In a statement to Al Ayam, Fouad has said that the virtual rendition was aimed at urging people to continue to stay in their homes to prevent the spread of Coronavirus.

As you might also know, this, however, is not the first time Khalid is conducting a viral party online.  His first attempt was watched by over 12,000 people from all around the globe.  Following the event, several of his fans took to social media platforms to share their delight.