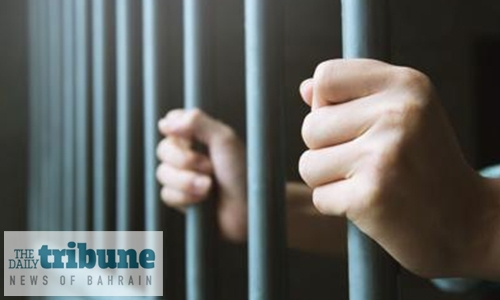 The High Criminal Court yesterday sentenced an employee at the General Directorate of Traffic, along with another defendant, to three years imprisonment for forging a traffic accident report. The court also acquitted a third defendant of committing the same crime.

On November 17, 2018, the Public Prosecution accused the employee of entering false data into the system of the General Directorate of Traffic, in consensus and prearrangement with the two other defendants so that he could issue a false traffic accident report, in order for the insurance company to bear the expenses of repairing the cars involved in the traffic accident.

The second defendant asked the first defendant, the employee, to add information, mentioning more damages to the car, in the accident report. After obtaining the forged report, the defendant presented it to the insurance company so that it could bear the expense of fixing all the damages mentioned in the report.

Further investigation showed that the insurance amount enabled to repair the car and the defendant sold it immediately after receiving it. The crime was discovered by another traffic policeman, who issued the first report stating the actual damages that were caused as a result of the accident, according to Prosecutors.

He logged into the system of the General Directorate of Traffic to review the report he had previously entered, only to find out that it was falsely amended by the first defendant. The matter was reported and all three suspects were summoned and interrogated.

However, the third defendant, who was involved in the accident, was acquitted by the court for lack of evidence proving his involvement. No further details on the nationalities of the people involved were available.