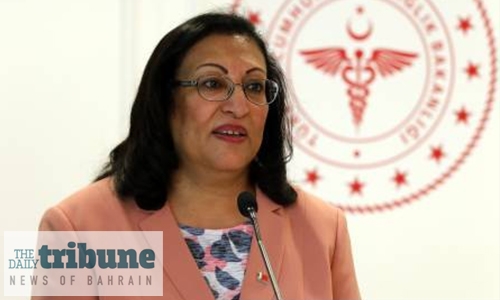 The doctors at Salmaniya Medical Complex (SMC) will perform the Kingdom’s first ever liver transplant surgery, it was revealed. This came as Health Minister Faeqa Al Saleh responded to a query by MP Falah Hashe. Ms Al Saleh told the session that Bahrain expects to make great strides in its organ transplant plans this year.

The minister also revealed that, on an average, 10 kidney transplant surgeries take place in Bahrain every year. She added that Bahraini doctors are being continuously trained to perform such surgeries.

Around 700 patients visit Salmaniya Medical Complex and the government dialysis facility in Busaiteen to undergo dialysis three times a week.

According to Consultant Nephrologist at Salmaniya Medical Complex, Dr Ali Hassan Al Aradi, a large number of people have also been receiving the dialysis treatment in the Bahrain Royal Medical Service, the Kingdom’s military hospital. He said that there are others who receive treatment from home.

Meanwhile, the Parliament and the Shura Council have made several proposals to improve kidney care in the Kingdom. Chairman of Bahrain Kidney Patients Friendship Society and Shura Council member Dr Ahmed Salim Al Arrayedh revealed that the Shura Council received a parliamentary proposal on the establishment of a dialysis centre in Hidd.

The Parliament put forward the proposal stating that Bahrain urgently requires such a centre, suggesting that Hidd is an ideal location.