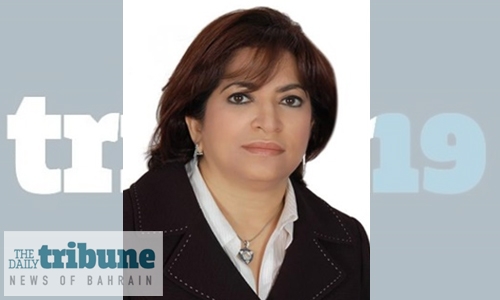 Bahrain’s Dr Ebtisam Al Alawi, Consultant Ophthalmic Surgeon and National Coordinator for the Prevention of Blindness, has won the first edition of the Arab Physician Award, granted by the Arab Health Ministers’ Council, becoming the first Bahraini to have won such a prestigious honouring.

Dr Al Alawi, who was selected among five top Arab physicians, will be honoured during the 53rd Arab Health Ministers’ Council’s session due to be held on February 26-27, under the chairmanship of Bahrain’s Minister of Health.

On the occasion, Health Minister, Faeqa Al Saleh, expressed deep pride in the distinguished achievement attained by Bahrain thanks to the dedication of Bahraini medical competencies, represented by Dr Al Alawi.

She stressed that the top award adds to Bahrain’s rich record of successes in the health sector attained thanks to His Majesty King Hamad bin Isa Al Khalifa’s directives and the constant support of the government.

Dr Ebtisam Al Alawi deserved the award for her great contribution to the field of ophthalmology, role as a National Coordinator for the Prevention of Blindness and contributions to the World Health Organisation (WHO)’s scientific and medical research and journals.