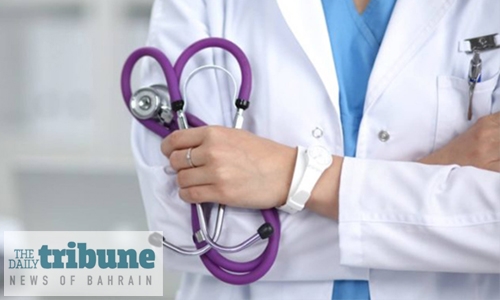 A female doctor may face disciplinary action after she refused treatment to an expatriate patient, who died after suffering a cardiac arrest. A critical patient was allegedly turned away by a private hospital in Sanad a few days ago, which led to a outrage among the public. The man, in his early forties, died on way to Salmaniya Medical Complex (SMC).

Yesterday Tribune reported that the NHRA has launched a probe into the incident.  NHRA Chief Executive Officer Dr Mariam Al Jalahma said the authority is closely following up on the case after going through the news report. “The authority will take action in accordance with the regulations both against the medical institution as well as professionals involved,” Dr Al Jalahma said.

Tribune has learned that a female doctor is being investigated and is accused of actions not in line with the the duties of the medical profession.  “We rushed him to the private hospital immediately after he suffered severe chest pain. But the hospital did not admit him, directing us to take the patient to SMC or BDF Hospital,” a close relative of the deceased, had said.

“The doctors at SMC could not do much as he died on way to SMC.” Many discussed the matter on social media, demanding strict action against the private hospital, which refused to admit a patient in a critical stage. “Hospitals are meant to serve human beings. Here is a hospital, which does inhuman service,” a friend of the deceased, opined.

The deceased, who hailed from the Indian state of Kerala, was working with a private firm in the Kingdom.

No threat of coronavirus in the Kingdom, says Health Ministry