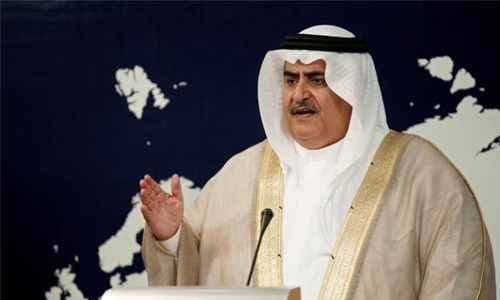 Top policymakers from the Middle East and beyond will converge today on Bahrain for the 15th Manama Dialogue Conference to address the region’s most pressing security challenges. With special sessions on Cybersecurity, Security, conflict and stabilisation in the Middle East, the summit is jointly organised by Ministry of Foreign Affairs in cooperation with the International Institute for Strategic Studies (IISS).

The three-day summit, which continues until Sunday, in its opening session will have a discussion on “The New Geo-Economics of the Middle East” in Al Ghazal 1 Ballroom, The Ritz-Carlton Bahrain. According to summit agenda, the IISS and Sky News Arabia will jointly convene a special live televised of the opening panel to examine some of the key issues to be addressed at the IISS Manama Dialogue and subsequent implications for regional security.

The event will also see IISS bringing some of the brightest young strategic thinkers in the Middle East and North Africa, who will play a full part in the Dialogue debate. Regional young leaders from Bahrain, Egypt, Jordan, Kuwait, Oman, Saudi Arabia and the UAE will participate. The initiative, according to IISS, will contribute to the development of a new generation of young leaders and strategic thinkers from the region.

Shaikh Khalid said the conference is an indication of the political leadership’s keenness to consolidate Bahrain’s relations with brotherly and friendly countries for a brighter and more prosperous future. The minister affirmed that the Dialogue has become a platform for top officials and experts from around the world to exchange their visions and ideas to seek durable solutions to issues and enhance the region’s security, stability and development.

Shaikh Khalid also commended the efforts of the International Institute for Strategic Studies and their cooperation with the Ministry of Foreign Affairs in organising the Manama Dialogue. The ISS Manama Dialogue 2019, the minister said, will discuss a host of issues affecting the countries of the region and representing a source of concerns for all world countries to consolidate global peace and security.