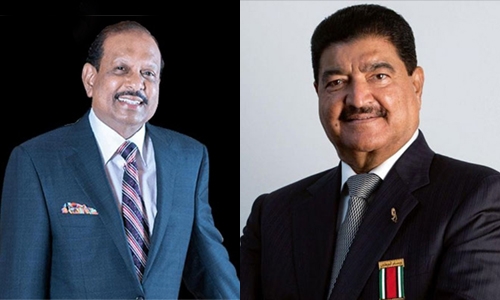 Prominent businessmen in the Kingdom have welcomed the visit of Indian Prime Minister Narendra Modi to the Kingdom. They said the visit will have a positive impact on the economies of both nations. T

rade is expected to top the agenda as the Kingdom is all set to welcome Indian Prime Minister Narendra Modi. During his visit, the Indian Prime Minister will hold talks with His Majesty, HRH the Premier, HRH the Crown Prince and other senior government officials. Indian Ambassador Alok Kumar Sinha told media yesterday that preparations are in full swing to organise one of the largest gatherings of the Indian diaspora in the Kingdom.

Khalid Rashid Al Zayani, BCCI Board member and Honorary Chairman of Al Zayani Investments, said the relationship between India and Bahrain is so old and valued. “India is one of the top economies of the world. It is a fast growing and a stable economy. We hope the visit by the prime minister will be a great success.”

University College of Bahrain Founder and Chairman Shaikh Khalid bin Mohamed Al Khalifa said the relation between the Kingdom and India goes beyond hundreds of years. “Indian community in Bahrain has contributed to Bahrain’s economy and still plays a vital role as a major work force. India is one of the largest importers of Arabian oil and thus a strategic business partner.

“Education system In India has a history of 5000 years. The quality of Indian manpower is an evidence for their quality of education. Indian higher education system can play a big role in the coming days in the Kingdom of Bahrain.”