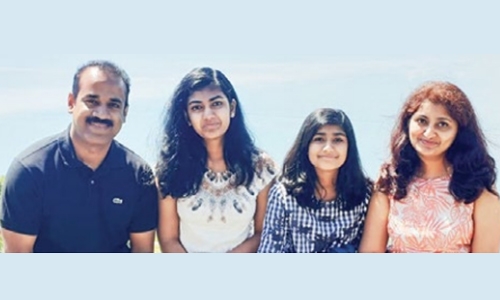 More Bahrain residents have come forward to help the victims of a disastrous flood that hit the Indian state of Kerala. Tribune yesterday reported about Indian national Jiji George, a resident of the Kingdom, who donated a plot, which she purchased only a month ago, to the flood victims in her village.

At least 121 people have died in flood-hit Kerala according to a state-wide calamity report issued by the government in the second spell of south-western monsoon rains since August 8, this year. Over 40 people have been injured in flood-related incidents while over 21 people are believed to be missing in the state after heavy flooding. As many as 1,789 houses have been completely damaged due to flooding and over 26,000 people have taken refuge in relief camps.

Joining the humanitarian cause from the Kingdom was Basheer Vaniyakode, who donated his 1.2 acre land in Thrissur district to the flood victims. Social media were all in praise for Mr Basheer, who owns Al Nusra restaurant in Hoora. Subair Kannur, a social worker and member of Pravasi Commission, has decided to donate 15 cents of land located in Kannur district to held the flood victims. He said he will hand over the ownership documents of the land to Kerala Chief Minister Pinarayi Vijayan.

Roy Skaria, former secretary of St Mary’s Indian Orthodox Cathedral, will donate his 40 cents of land located in Malappuram district, for the cause. Mr Skaria is the managing director of SGS Bahrain, one of the world’s leading inspection, verification, testing and certification company. He has been active in the social circles of Bahrain. Mr Skaria has also been taking part in the relief efforts following floods in his district.