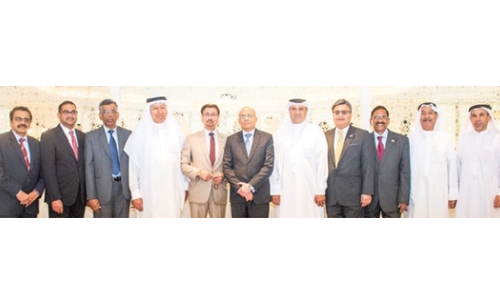 The Bahrain Development Bank (BDB) has financed entrepreneurial ventures to the tune of BD592 million since it commenced operations in 1992, it was revealed. Speaking at a luncheon seminar organised by the Bahrain India Society (BIS), BDB Chief Executive Officer Sanjeev Paul said that as many as 2,695 enterprises benefitted from the bank’s development services last year.

He said that the bank’s contribution to funding small and medium enterprises (SMEs) would help in creating more than 3,000 jobs since the start of 2018. Mr Paul highlighted various shifts taking over the market and how the kingdom could benefit from capitalising on these changes. He stated that Bahrain was ahead of the MENA average on most of the parameters.

“Bahrain had already begun building an ecosystem to support entrepreneurs and that its institutions such as Tamkeen, EDB and BDB had played a critical role in furthering development and progress.” BIS Chairman Raj Damani welcomed the speaker and the gathering and director Vijay Boloor proposed a vote of thanks.