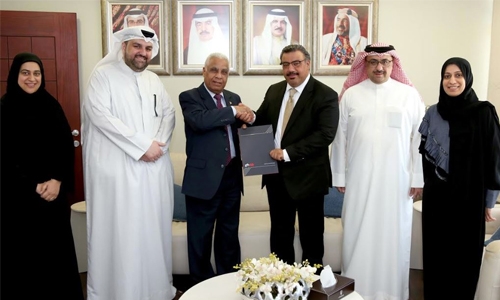 Mr Sharif conveyed the greetings of GFH’s Board of Directors and executive management and their appreciation for the efforts exerted by RCO in the charitable and humanitarian sector. He also praised the support and vision of His Majesty King Hamad bin Isa Al Khalifa and HH Shaikh Nasser bin Hamad Al Khalifa, representative of His Majesty the King for Charity Works and Youth Affairs and President of the Council of Trustees of RCO.

GFH remains committed to its social responsibility and continues to work to enhance in projects supporting community development including such national programmes and initiatives providing social and humanitarian services. Mr Yousif Al Yaqoob expressed his thanks and appreciation to GFH for their support, wishing the Group and its officials all success. Hazem Abdul Karim, Head of Government Relations at GFH, and a number of RCO officials, also attended the meeting.