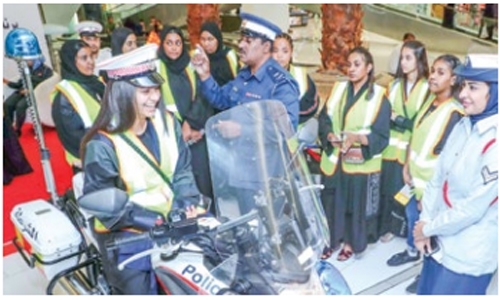 Held between June 20 and July 9, the programme attracted 60 participants aged between 14 and 25.  The programme contributed to developing Bahraini youth’s capabilities and enhancing the level of their security awareness and culture through the workshops, training courses and field visits that shed light on the requirements of traffic safety and the need to avoid wrong driving habits.

It also contributed to raising the participants’ awareness on cyber security and ways to avoid misuse of social media networks. The participants expressed satisfaction with the first-ofits-kind programme for preparing  them to face various future challenges, commending the efforts exerted by the governor, the Southern Governorate and the Interior Ministry’s directorates for launching the constructive programme.